Both pictures below are from 1949.

Most of Dalal's pictures from that period are very tradition-bound. But this picture is different.

Look at the attire of the kids- especially that of a girl in both the pictures below- and, although the attractive lady is wearing conventional sari with a matching blouse, look at her trendy purse and umbrella.

I did not see such things being used by a middle class Marathi speaking family, that is taking a break on the beach, until at least 1980's. Also note the absence of a male figure. Such pictures one sees from abroad almost always have a male figure. 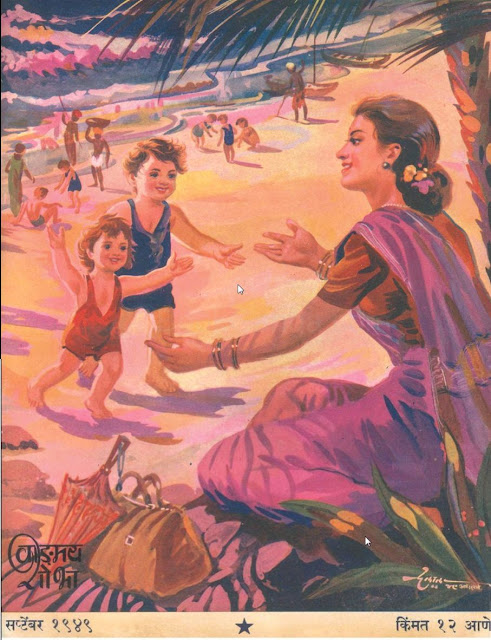 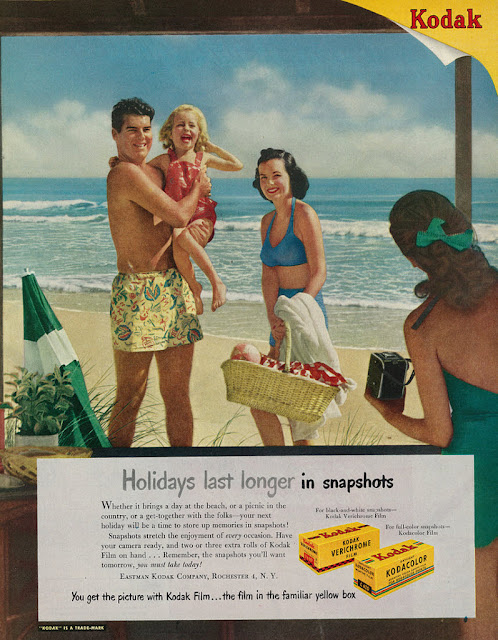