No Space for Sindhu but for Kvitova, Bencic and Krunić!


It's so sad but NOT surprising that Loksatta, Pune edition and The Times of India, Pune edition dated September 1 2014 has NO picture of P V Sindhu wearing her SECOND bronze medal of WORLD CHAMPIONSHIP at Li-Ning BWF World Badminton Championships 2014 on Aug 31 2014.

Remember that Sindhu kind of made history. No Indian sports-person has that kind of record.

Loksatta has a picture of Petra Kvitová on page 14!

The Times of India has pictures of Belinda Bencic and Aleksandra Krunić , female tennis players and Carolina Marín! 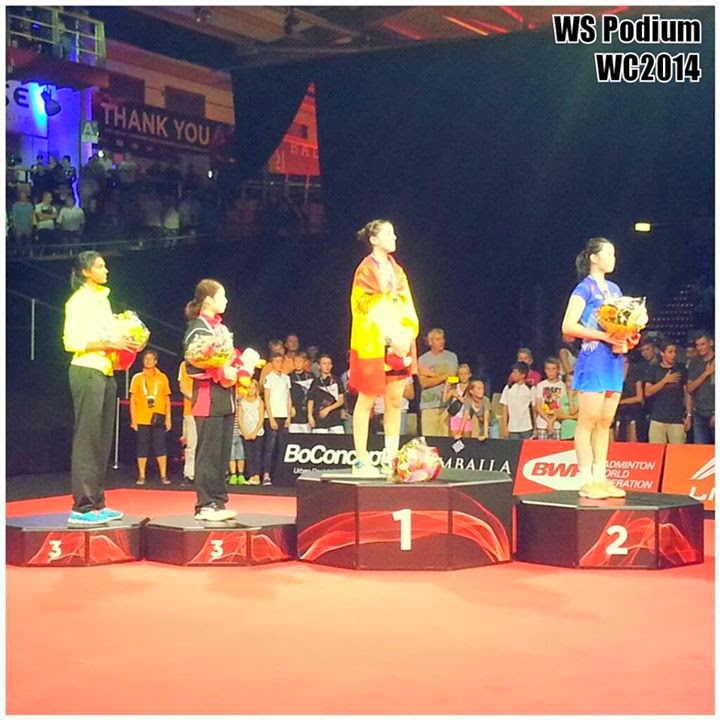 Posted by Aniruddha G. Kulkarni at 1:26 PM No comments: Links to this post

"...One abandoned idea documented in his (Nelson Lichtenstein) most recent book, “A Contest of Ideas: Capital, Politics, and Labor,” haunts me. Powerful people in the Democratic Party, like Senator Robert Wagner of New York, used to insist that the job of liberalism was to penetrate the “black box” of the corporation and turn the workplace into a more democratic institution..."

"Questions From a Worker Who Reads

Who built Thebes of the 7 gates ?
In the books you will read the names of kings.
Did the kings haul up the lumps of rock ?
And Babylon, many times demolished,
Who raised it up so many times ?
In what houses of gold glittering Lima did its builders live ?
Where, the evening that the Great Wall of China was finished, did the masons go?
Great Rome is full of triumphal arches.
Who erected them ?
Over whom did the Caesars triumph ?
Had Byzantium, much praised in song, only palaces for its inhabitants ?
Even in fabled Atlantis, the night that the ocean engulfed it,
The drowning still cried out for their slaves.
The young Alexander conquered India.
Was he alone ?
Caesar defeated the Gauls.
Did he not even have a cook with him ?
Philip of Spain wept when his armada went down.
Was he the only one to weep ?
Frederick the 2nd won the 7 Years War.
Who else won it ?
Every page a victory.
Who cooked the feast for the victors ?
Every 10 years a great man.
Who paid the bill ?
So many reports.
So many questions." 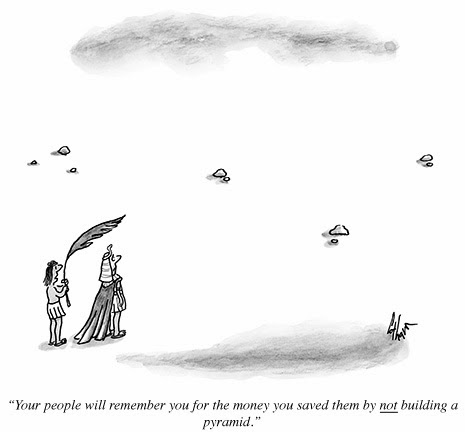 
I love this cartoon but on second thoughts I would modify its caption thus:

"Your people will remember you for not sacrificing  thousands of them by not building a pyramid."