I am not perfect , I never was, I never will be in anything I do , have done or will do. 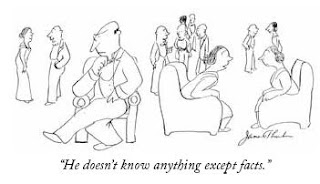 To help corporations find their soul ?

Adman Bruce Barton in 1923 said that the role of advertising was to help corporations find their soul. 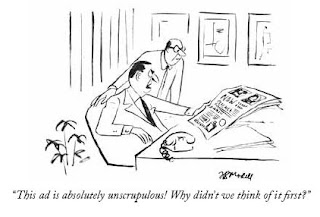 Mario Pisani reveiwed the book "THE MEANING OF LIFE by Terry Eagleton" for FT on March 2, 2007।

It has these lines : " I decided to put the book’s analytical framework to the test। I identified three people with very different perspectives on life, and asked them what it meant to them।

A British friend, a member of the international policy-making elite, answered with a dry “it means nothing.” A German colleague said something along the lines of “to be happy.” My Turkish corner-shop-keeper answered “What is ‘meaning’?”

It looks like Eagleton got it right, after all." 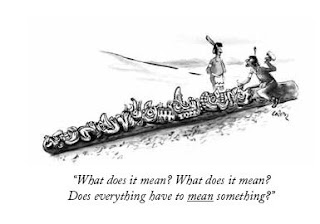 Posted by Aniruddha G. Kulkarni at 6:57 PM No comments: Links to this post

Sigmund Freud : "He who knows his mother's love and is secure in that knowledge will never know failure।"

Tom Wolfe: “The demise of Freudianism can be summed up in a single word: lithium”. 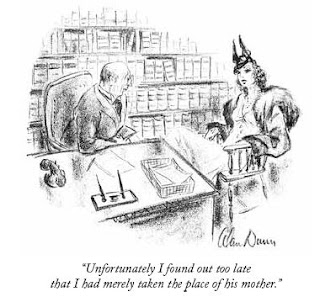 Posted by Aniruddha G. Kulkarni at 6:48 PM No comments: Links to this post

I have always felt that so-called 'vices' bring people together.

When in college, I always envied smokers who could make friends so easily and had no trouble in passing time anywhere and on any occasion.

Even at work, especially in non-smoking offices, smokers gathered outside and networked. 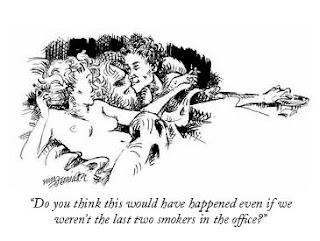 Posted by Aniruddha G. Kulkarni at 11:39 AM No comments: Links to this post

if we didn't make it somebody would!

Money for the sake of money has become the objective of many (most?) of us. It has become a favourite habit and past time. If every excuse fails, this could work : if we didn't make it somebody would!

Masahiko Fujiwara - author of best selling Japanese book "The Dignity of a State"- says: "Japan used to despise money, just like English gentlemen. But after the war, under American influence, we concentrated on prosperity."

Does money make us more happy? There is overwhelming evidence against it.

Consider a paradox outlined by London School of Economics economist Richard Lay­ard in Happiness (Penguin, 2005), in which he shows that we are no happier even though average incomes have more than doubled since 1950 and "we have more food, more clothes, more cars, bigger houses, more central heating, more foreign holidays, a shorter working week, nicer work and, above all, better health."

Harvard psychologist Daniel Gilbert goes deeper into our psyches in Stumbling on Happiness (Knopf, 2006), in which he claims, "The human being is the only animal that thinks about the future." Much of our happiness depends on projecting what will make us happy (instead of what actually does), and Gilbert shows that we are not very good at this forethought.

Michael Hecht- author of The Happiness Myth (Harper, 2007)- writes, "The basic modern assumptions about how to be happy are nonsense." Take sex. "A century ago, an average man who had not had sex in three years might have felt proud of his health and forbearance, and a woman might have praised herself for the health and happiness benefits of ten years of abstinence." 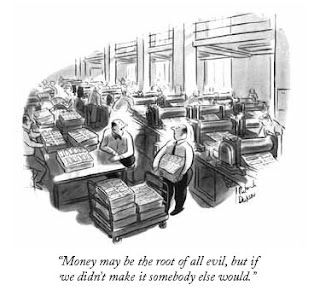 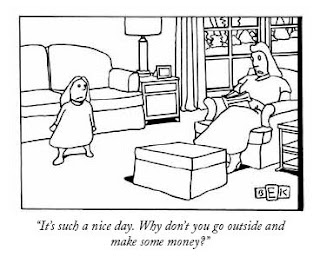 Artist : Bruce Erik Kaplan Publication: The New Yorker 4 Apr 1994
Posted by Aniruddha G. Kulkarni at 11:11 AM No comments: Links to this post