“...The last day of 1821. I don’t know how it is, but I grow less reflective as I get older. I seem to take things as they come without much care. In early life, everything being new excites thought. As nothing is new when a man is 35, one thinks less...”

"...Bio-engineering and artificial intelligence are certain to be developed and used for military purposes, and any post-humans that emerge will probably be locked in combat with one another. Chronically divided, the new species will no more be masters of the earth or themselves than we are today..."


One of my favorite cartoonists Zachary Kanin drew this in 2012 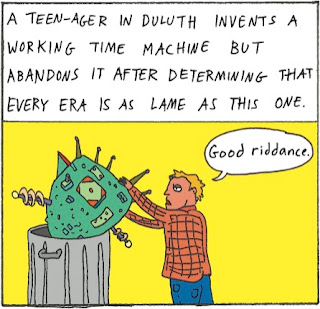 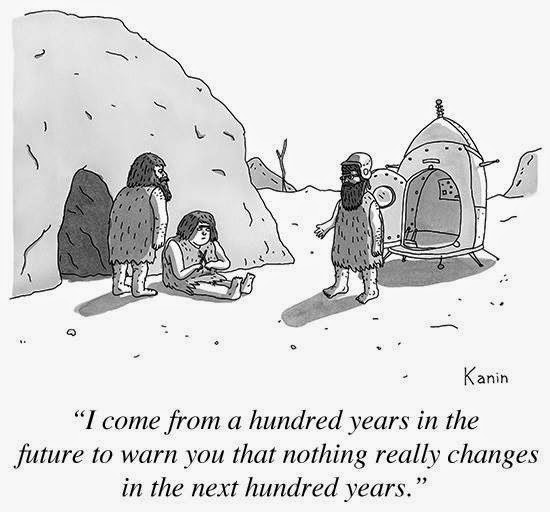 Writing of his experiences in World War I, Edmund Blunden in ‘Vlamertinghe: Passing the Chateau’:


Such a gay carpet! poppies by the million;


Such damask! such vermilion!


But if you ask me, mate, the choice of colour


Is scarcely right; this red should have been duller.”

As mentioned there, apparently, writers from Kalidasa to Dnyaneshwar (ज्ञानेश्वर) and beyond never mention a butterfly/ moth  in their writings!

Now, I have learnt a little more on the subject.

In the issue dated September 25 2014 of the The New York Review of Books, Robin Lane Fox says:

"...Surprisingly, the poetry of flowers is often patchy and ill-informed. None of the ancient Greek poets mentions the brilliant wild tulips that run like red rivers through parts of the Greek landscape. Chinese poets focus on a narrow canon of flowers, soaked in symbolism and hidden meanings. They say nothing about the heavenly wild flora, the superb shrubs and mountain flowers that have transformed Western gardens since their collection and introduction by Europeans. John Milton’s poetry describes bunches of flowers that would never flower during one and the same season. No gardener, especially in Britain this year, would agree that April is “the cruellest month” and in no gardens or landscapes known to me does April breed “lilacs out of the dead land,” least of all on the American East Coast within range of the young T.S. Eliot..."

Chinese poets focus on a narrow canon of flowers, soaked in symbolism and hidden meanings. They say nothing about the heavenly wild flora, the superb shrubs and mountain flower...

And so is true of  Indians. 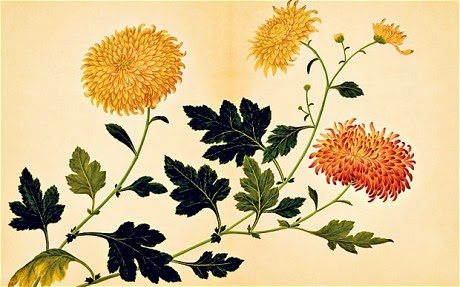 Courtesy: 'The Golden Age of Botanical Art' by Martyn Rix
Posted by Aniruddha G. Kulkarni at 9:45 AM No comments: