I have probably mentioned on this blog how common the deer were (say like stray dogs in Pune today or donkeys and buffaloes  in Miraj) on IIT Madras campus and how they suffered during a particularly severe drought of 1982-1983.

Lots of IITians, as usual, left India for good at the end of that academic year. Deer had no such choice. They could either die, get poached or survive and procreate.

One of the ways they survived (or died) was eating whatever junk (if any)- for instance thick paper carton of Surf washing powder- I (and people like me) threw outside our rooms at Brahmputra hostel.

Then I never had a camera and there never was any urge to capture any moment either. But I never saw any of them inside the hostel. 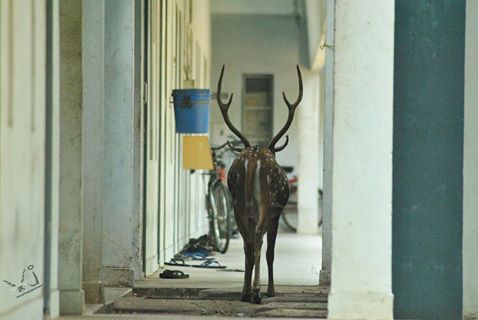 Photo courtesy: Varun Jain
In October 2016, I saw the above image on IIT Madras' FB page....I used to stay in one of such rooms on the third floor...and for a few weeks at least, there was a newly wed couple staying a couple of rooms away from my room. (By the way- they did not make any noises in the night unlike a typical hotel room in USA.) 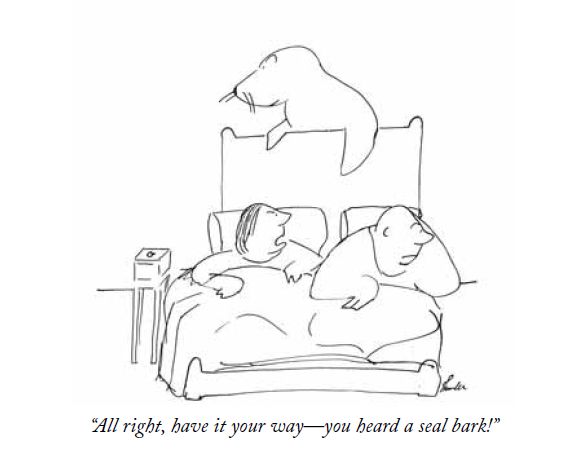 Artist: James Thurber, The New Yorker, January 30 1932
Posted by Aniruddha G. Kulkarni at 9:00 AM No comments: