Many Economic Hit Men Are Still Escaping to Heaven!

I knew who they were but did not know what they were called.

Economic Hit Men (E.H.M.’s)- Proud members of corporatocracy. See Donald Reilly's picture below to find out how they look like once they reach heaven!

John Perkins, an economic-hit-man himself, has published a new book “THE SECRET HISTORY OF THE AMERICAN EMPIRE- Economic Hit Men, Jackals, and the Truth About Global Corruption.” Joe Qeenan has reviewed it for NYT July 15, 2007.

“…Perkins is the author of the fabulously successful, and in some quarters revered, “Confessions of an Economic Hit Man,” which explains how a cabal of wicked men like him have enabled perfidious corporations to seize control of the planet. Now, in a follow-up written not for crass financial gain but because he owes it to his fellow man, the promiscuously altruistic Perkins comes completely clean about the epochal role he has played in ruining life on earth.

After all, it was Perkins’s work for a Boston consulting firm that allowed nefarious multinational corporations to plunder Indonesia, Perkins’s acquisition of for-your-eyes-only population data from the mysterious “Dr. Asim” that enabled the Secret American Empire to take over Egypt, Perkins’s covert missions in Saudi Arabia that sealed Saddam Hussein’s fate, and Perkins’s invention of an ingenious payment system that led directly to the destruction of Bolivia’s economy. Thus, while the average person may think George W. Bush and Vladimir Putin are the ones who pull the strings on this planet, Perkins disabuses his readers of such naïveté. It is the economic hit men and their rough-and-tumble cousins, the corporate “jackals,” all of them in the employ of the “corporatocracy,” who decide who prospers, who starves, who lives, who dies. And, as is so often the case with deceptively omnipotent organizations, it is the Secret American Empire’s ability to dominate the world without having an official address or even a fax number that makes it so sinister, so powerful, so deadly.

This empire “is as ruthless as any in history,” Perkins writes. “It has enslaved more people and its policies and actions have resulted in more deaths than those under the imperial regimes of Rome, Spain, Portugal, France, England and Holland or at the hands of Joseph Stalin and Adolf Hitler, and yet its crimes go almost unnoticed, disguised in the robes of eloquent rhetoric…

…“The Egyptians knew something that only a few of my countrymen comprehended: We used data like the projections Dr. Asim had provided to me for empire building. E.H.M. economic reports were far better weapons than crusader swords had ever been. Israeli bombs served their purpose, delivering havoc, raining down fear and compelling government officials to capitulate. But people like me were the real danger.”

Luckily for mankind, Perkins has retired from his job as an infidel dog and now works on the side of the angels. ” 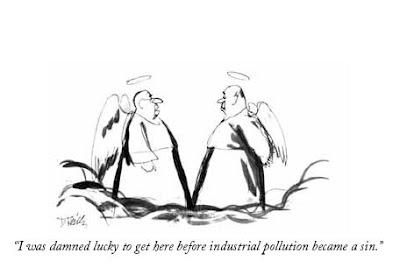