The late Pandit A M T Jackson 1866-1909, a member of Indian Civil Service and Indologist,  has appeared on this blog before in December 2009  here.

After reading the post, Mr. Murli Khairnar (मुरली खैरनार), a Nashik resident, -  recipient of the first fellowship for creative writing given by Kusumagraj Pratishthan  (कुसुमाग्रज प्रतिष्ठान) in 2013- asked me in July 2013 about the accuracy of a claim made there.

(Mr. Khairnar is engaged in writing a Marathi thriller that involves the incident of Jackson assassination. He and I spoke about his astounding research on July 25 2013 and I have never been more looking forward  to a Marathi novel.)

My claim was that the late Durga Bhagwat (दुर्गा भागवत) 1910-2002 , borne a year after Jackson's death, had told the author Pratibha Ranade (प्रतिभा रानडे) of "Ais Pais Gappa Durgabainshee" (ऐसपैस गप्पा  दुर्गाबाईंशी) that the chase of Jackson's valuable library was entrusted to the Asiatic Society, Mumbai. Mr. Khairanr had gone through the multiple editions of the book but couldn't find it.

My claim was wrong (since then corrected). It wasn't in the book I mentioned there.  But I was sure that Durgabai did say it. So I went looking for it in all the books of Durgabai I have (around ten) and also the 'Lalit' (ललित) magazine's special issue dated August 2002 dedicated to her after her death. 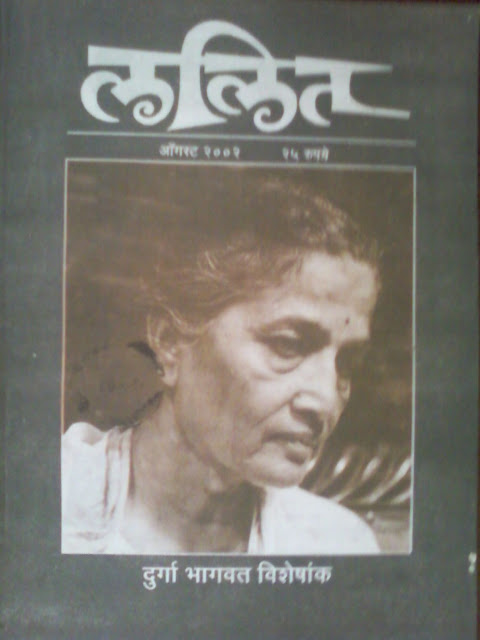 Finally,  I found it and I was so delighted to re-read it. 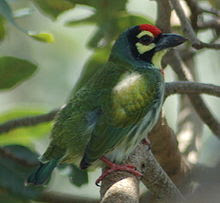 "Tok...tok...tok",  a sound made by the bird  pictured above,  is imagined by Durgabai being made by Jackson.


Now, I give three small passages from Durgabai's essay.

Ms. Bhagwat was raised in Nashik for a few years. In the passage above she talks about her first visit to the garden named after Mr. Jackson. She also expresses her ambivalence towards his memory. Should she associate with him for his collection of books or hate him for being a representative of the foreign ruling empire?... But for the collection of his books, she would forget his name.

Here she finds what brings Jackson and her together. She regrets that there is no picture of him. Nor there has been a biography. How does she understand his personality? But somehow she 'gets it' looking at a green rose in Jackson garden. Later in the essay, she says whenever she heard or read Jackson's name or stood still next to Jackson's library in Asiatic society of Mumbai, she thought of green roses, first seen in Jackson garden.

Here she speculates how once Jackson must have been a ruthless, diplomatic, shopkeeping British but must have transformed after reading about India in thousands of books. She thinks only because of Jackson's affection for India he was able to put together such a majestic and all encompassing library in such a short time.

(passages courtesy: the legal owners of copyrights to the book)

Durgabai also writes that Jackson's widow had no money to return to England.  She had to request Royal Asiatic Society to purchase her husband's library.  The Society then bought it for Rs. 4 - 5,000 and that is where it is today.

(Mr. Kairnar informed on July 25 2013: "Jackson Chase is there in Asiatic Library. R E Enthoven, who edited Jackson's folklore books has mentioned in the foreword that He along with a few friends raised a fund to buy all Jackson books and papers to donate them to Asiatic Society, Mumbai.")

After re-reading the essay, I have got little curious.

Did Durgabai tone down her affection for Jackson in latter years of her life? Other than this essay, whatever I have read, she seldom mentions Jackson or any other English officer - such as Mountstuart Elphinstone or Alexander Cunningham, founder of the Archaeological Survey of India.

Did she feel her patriotism would be questioned by some if she did? Being Thoreau's follower and a fan of Tagore, could she have embraced Tagore's views on nationalism?

Posted by Aniruddha G. Kulkarni at 9:35 AM 2 comments: Links to this post