Daedalus’ latest invention was astounding: human beings could fly! As they began to flap and glide their easy way toward Sicily, Daedalus warned Icarus to steer a middle course. “The peril stands equal, my son,” he said. “If you fly too low, the hungry waves may lick up and drown you; but if you fly too high, the sun may melt the wax which binds your wings together. Fly not too high, my son!”

Again and again the anxious father had to warn his son about the danger, and every time Icarus obeyed at first, but soon began to experiment, as teenagers will, with the limits of his father’s marvelous invention. He swooped and soared to his heart’s delight, and Daedalus was pleased to see that the wings were sturdy enough to stand this much stress. But in such hazardous ventures, one mistake is all that is needed. Icarus rose too high in the sky, preparing for a joyous dive. The wax melted, the feathers fell off, and the boy plummeted headlong to his death in the sea.” 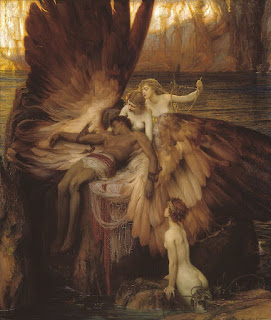 Women and Vodka: Chekhov, Gorky, Dostoievsky, Tolstoy, Kuprin and many others!

I don't know what the title "Women and Vodka" has to do with the Russian greats but then I loved it.... 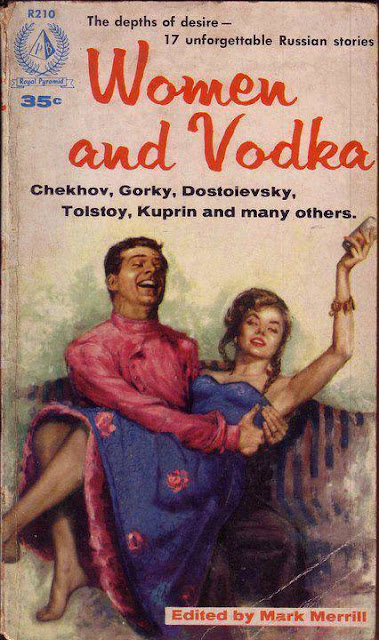 courtesy: Dangerous Minds
Posted by Aniruddha G. Kulkarni at 9:00 AM No comments:

"...But do you think your entire earlier life is so submerged (except of course for the landlady, who won’t let herself be forced down with it) that you no longer know how hard one must fight to get ahead, especially if one is coming up from the depths? How one must use everything that can somehow give one hope?..."

" In it a protagonist known only as K. arrives in a village and struggles to gain access to the mysterious authorities who govern it from a castle. Kafka died before finishing the work, but suggested it would end with K. dying in the village, the castle notifying him on his death bed that his "legal claim to live in the village was not valid, yet, taking certain auxiliary circumstances into account, he was permitted to live and work there". Dark and at times surreal, The Castle is often understood to be about alienation, unresponsive bureaucracy, the frustration of trying to conduct business with non-transparent, seemingly arbitrary controlling systems, and the futile pursuit of an unobtainable goal."

स्वामीचा legal claim, K सारखा, to LEAVE the convent (मठ) is judged as not valid... 'स्वामी' कथा सुद्धा 'dark and at times surreal' आहे ....तसेच ' is often understood to be about alienation, unresponsive bureaucracy, the frustration of trying to conduct business with non-transparent, seemingly arbitrary controlling systems, and the futile pursuit of an unobtainable goal.' 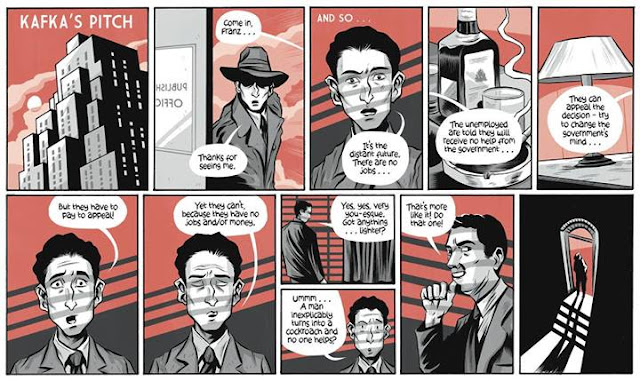 कलाकार : Tom Humberstone, The New Statesman
Posted by Aniruddha G. Kulkarni at 9:00 AM No comments: 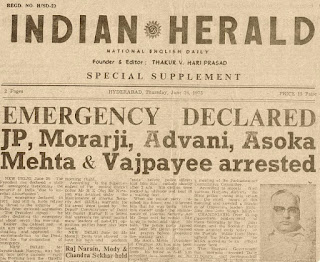 Posted by Aniruddha G. Kulkarni at 10:36 AM No comments: 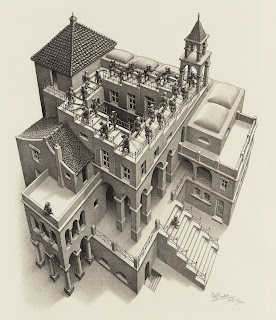 ह्या चित्राचे नाव आहे 'Ascending and Descending' आणि ते तयार झाले १९६० मध्ये- माझ्या जन्म वर्षात. जणू मला ही त्यांच्या कडून भेटच मिळाली.
Steven Poole, The Guardian, June 2015:
"...The mathematical trickery in Ascending and Descending’s staircase is not the subject of the image. Escher was never a surrealist. But in this picture, it becomes clear that he was a kind of existentialist. He had long admired Dostoyevsky and Camus, and in a letter to a friend while he was working on Ascending and Descending he explained: “That staircase is a rather sad, pessimistic subject, as well as being very profound and absurd. With similar questions on his lips, our own Albert Camus has just smashed into a tree in his friend’s car and killed himself. An absurd death, which had rather an effect on me. Yes, yes, we climb up and up, we imagine we are ascending; every step is about 10 inches high, terribly tiring – and where does it all get us? Nowhere.”..."
Wikipedia: "Escher suggests that not only the labours, but the very lives of these monk-like people are carried out in an inescapable, coercive and bizarre environment.".....अरे, हा तर जीएंचा स्वामीमधील मठच!
Posted by Aniruddha G. Kulkarni at 9:00 AM No comments: