Death: You were always a great friend of mine, Warren

"...And the ageing Warren Anderson will eventually die a peaceful death in the Hamptons…. unlike the over twenty thousand Indians who weren’t as lucky when they gasped their last breaths in distant Bhopal twenty six years ago..."

I am not sure of that.

How little we know what happens while one is dying.

James Thurber: Even a well-ordered life can not lead anybody safely around the inevitable doom that waits in the skies...

And we are not even sure if Mr. Anderson's life is 'well-ordered'.

About justice and fair play...

What kind of death these gentlemen got? 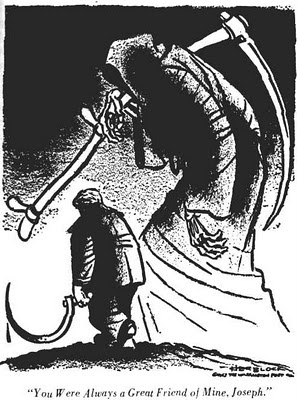