No 1 Olympic Sport that won't get a Gold Medal

THEODORE DALRYMPLE:"India alone values the Games at their true worth—which is to say, approaching nil. It is not that Indians are completely indifferent to sports. They are crazy about cricket, a game whose considerable subtleties are lost on all who did not grow up with it but which teaches mental flexibility as well as specific skills. But no official encouragement is necessary to promote this enthusiasm...For reasons that I am unable to fathom, for no person is less interested in sports than I, the United Nations Development Program regularly sends me updates on its efforts to promote economic and social progress through athletics. India, I am glad to say, does not believe in this nonsense." (WSJ, August 17 2012)


Business Standard, Aug 13 2012:"The fact is that if you are a poor or hot country, you don’t do well in Olympic contests. And if you are both poor and hot, the dice are really loaded against you."

I often watch Lok Sabha and Rajya Sabha TV channels. They are much better than any of India's news channel. They often reflect what is going on in this country.

By watching them, I have developed some respect for a few MP's and the processes governing India's democracy.

One member of the Lok Sabha I love to watch is Sharad Yadav. I have always followed Mr. Yadav's career since the emergency.

In my eyes he is deeply rooted in India's soil, is incorruptible, has high integrity , is a good orator in Hindi and, most importantly, gets elected.

Mr. Yadav is expressing his concern on the exploding population of India and how India is not doing anything about it.

He also spoke about similar worries for Bangladesh. Today it is the most densely populated large country in the world. I wonder if illegal migration of Bangladeshi's into Assam can ever be stopped if its population keeps growing at the current rate.

As soon as I heard this, I thought about the article in the Guardian newspaper about 150,000 unbranded condoms that were made available at London 2012 Olympic village. 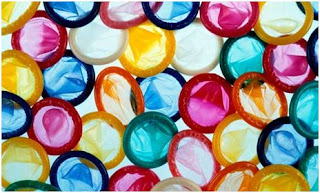 The Guardian story mentions sex as "no 1 Olympic sport that won't get a gold medal".

Is that the reason India and Bangladesh have not won a single gold medal at the Olympics? After all their favourite sport- played without condoms by majority of their citizens- wins no medals.

Apparently, if you are poor and hot, the dice are really loaded in favour of you in that sport!
Posted by Aniruddha G. Kulkarni at 9:00 AM No comments: