Writing Vijay Tendulkar’s विजय तेंडुलकर obit, Girish Karnad says:
“…Then came Sakharam Binder. It's not only Tendulkar's best play, but one of the masterpieces of Indian drama. When first performed, several political parties united to demand a ban on the play, and it had to be rescued by the courts. Its critics claimed to be scandalised by its overt sexuality. But one suspects that Tendulkar had once again hit a raw nerve, the basic middle-class hunger for property as a guarantee of security, and the ruthlessness this hunger could unleash. Lakshmi, a perfect embodiment of Hindu womanly virtues, manoeuvres a murder to keep the roof intact over her head, invulnerable in her sense of moral rectitude…”
(Outlook June 2, 2008)

I have yet to see a better performance than that on either Indian stage or Indian cinema's silver screen.

I understand he felt emotionally exhausted after every performance of Binder. Why not? I felt devastated watching him just once. 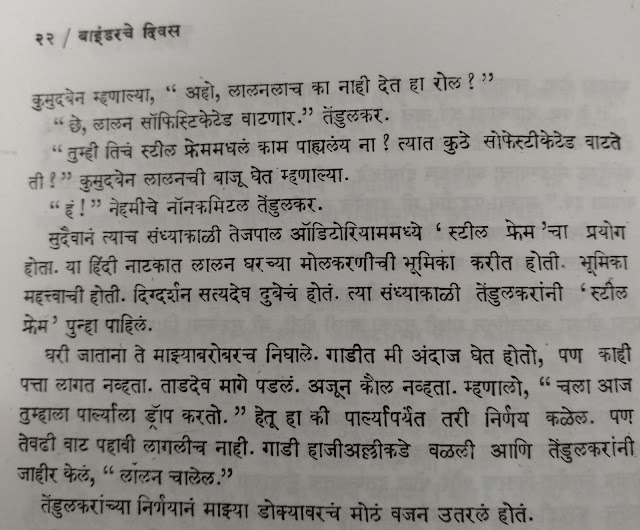 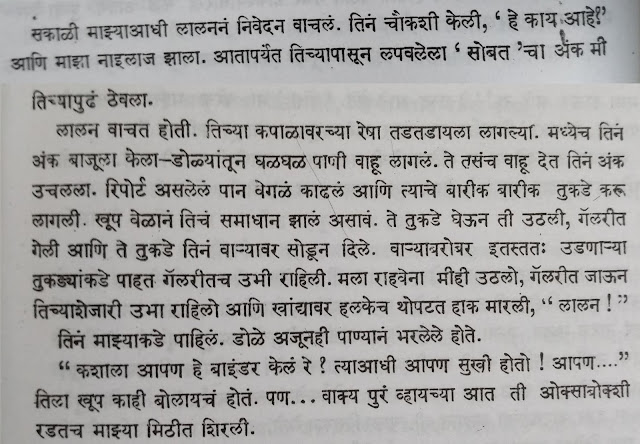