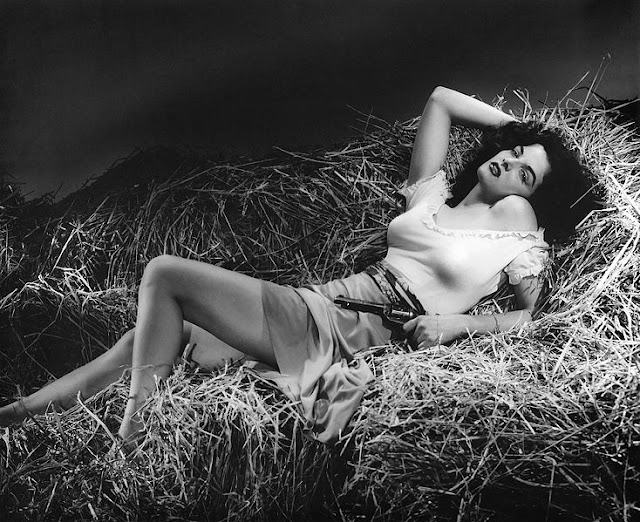 
“…The Outlaw (1943) was completed in 1941, but it was not released until 1943 in a limited release. Problems occurred with the censorship of the production code over the way her ample cleavage was displayed. When the movie was finally passed, it had a general release in 1946. During that time, she was kept busy doing publicity and became known nationally. Contrary to countless incorrect reports in the media since the release of The Outlaw, Russell did not wear the specially designed underwire bra that Howard Hughes had designed and made for her to wear during filming. According to Jane's 1985 autobiography, she said that the bra was so uncomfortable that she secretly discarded it and wore her own bra with the cups padded with tissue and the straps pulled up to elevate her breasts.


Russell's measurements were 38D-24-36, and she stood 5 ft 7 in (97-61-91 cm and 1.7 m), making her more statuesque than most of her contemporaries. Her favorite co-star Bob Hope once introduced her as "the two and only Jane Russell". He joked, "Culture is the ability to describe Jane Russell without moving your hands." Howard Hughes said, "There are two good reasons why men go to see her. Those are enough."…” 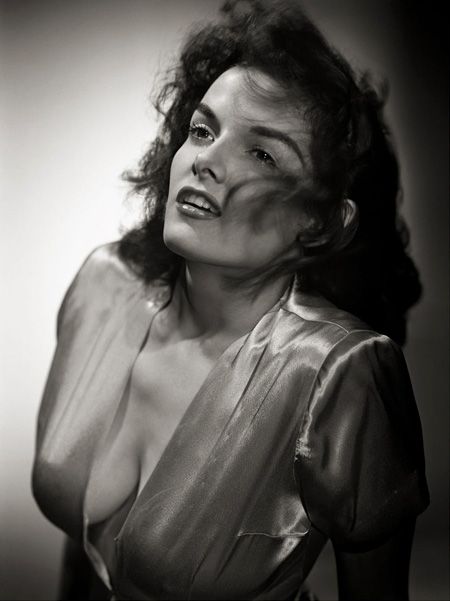 Looks like GA was a great admirer of Ms. Russell! But I was wondering why GA thought of female elephant and Jane Russell together. Surely he did NOT see the following picture. 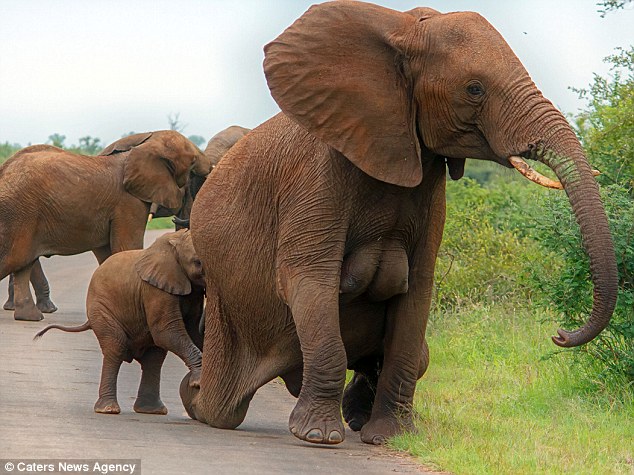 The elephant that forgot... to put her bra on

I have another observation.

GA's book is copiously marked with foot notes by the editors almost on every page. Every time GA refers to something that has not been discussed earlier, there is a footnote for it. For instance, on page 14, 'Grapes of Wrath' is commented upon.

But for some reason, Ms. Russell does not get a footnote.

Was it because editors assumed every reader knew about her? I don't think it's quite true because by 1998, Russell was already history and had not become a legend like Marilyn Monroe among Marathi speaking people at least. Or was it just widely prevalent snobbishness among Marathi literati that perhaps a Hollywood star and sex symbol (for me Ms. Russell was a competent actor too) from the past was not in the same league as John Steinbeck's book and hence not worth a comment?

To compensate for that oversight, I have tried writing that missing footnote as a caption for Ms. Russell's picture that is posted second from the top.