Like Brahmins in the past, Wheat has Enslaved us

Girish Karnad says: “No one understood the sense of humiliation as Vijay Tendulkar विजय तेंडुलकर did.” (Frontline June 20 2008)

If so, I wonder if Tendulkar ever wrote anything about eating millet (मिलो in Marathi) because for most people of Maharashtra eating red coloured rotis of millet- if they did it- was one of the most humiliating experiences of their life. The year 1972-73 saw Maharashtra in the grip of a severe drought. For those who were alive then, even finding 'lowly' millet was not guaranteed.

“Millet Network of India (MINI) has demanded that the Union Government include millets in the public distribution system, while announcing an ecological bonus to farmers growing millets. This will help the country address the food security and agrarian crisis…

… the two major advantages of growing millets were saving valuable water and ensuring the nutritional needs of the people…millet farming didn’t consume much water and has zero dependence on chemical fertilizers…Millets have 30 to 300 per cent more nutritional elements such as calcium, minerals, iron and fibre.

… millet acreage had fallen over a period of time due to undue focus on rice and wheat. From 45.9 million hectares in 1990, the acreage decreased to 31.5 million hectares, a drop of 35 per cent…”

In Japan, Tsubu Tsubu cafes across the country have millet dishes on their menu, recipes that suit modern tastes.

Millet and other `miscellaneous' grains were the staple food for Japanese across the country from ancient times until as recently as 30 or 40 years ago.

Yumiko Otani says: “Millet grains can expand and stabilise food supply; these grains can grow in poorer soil and colder areas compared to rice and wheat, and are resistant to aridity and climate change. They require less irrigation and fertilisers. Considering that Japan's self-sufficiency rate of food supply is 40 per cent (calorie-base) and that it imports more than half of its food from overseas, the country, in a way, could help tackle the world's food problem by changing from white rice to miscellaneous grains. By learning to supply foods to its own people, using its own land more efficiently, Japan can reduce pressure on farmlands abroad.

These grains are rich in dietary fibre, minerals and vitamins; contain both protein and vegetable fat, and are nutritionally well-balanced. Diets based on polished rice and processed wheat, on the other hand, can cause "hidden starvation" because they lose many of their nutrients such as vitamins and minerals.

The grains are more resistant than rice or wheat to diseases and pests, and are easily grown without pesticides. Post-harvest, they can be stored for a longer period of time.

These wholesome grains require a lot of chewing, and are rich in flavour and taste; it is easy to switch to a millet-based, no-meat diet.”

Urban Indian children prefer to eat only wheat and rice. My wife and I love to eat jowar but our son doesn’t even try.

Like Brahmins in the past, wheat and rice have enslaved us. Read an earlier related post here. 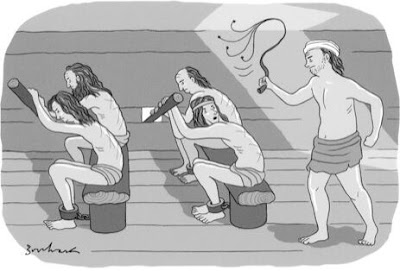 Following caption is mine.

“We get it, Wheat - We urban Marathi speaking people owe our survival to you.”
Posted by Aniruddha G. Kulkarni at 10:00 AM 2 comments: Links to this post