Lions Feast: Next Change at The Great Indian IPL Circus

"Today, everybody expects to be entertained, and they expect to be entertained all the time. Business meetings must be snappy, with bullet lists and animated graphics, so executives aren't bored. Malls and stores must be engaging, so they amuse as well as sell us. Politicians must have pleasing video personalities and tell us only what we want to hear. Schools must be careful not to bore young minds that expect the speed and complexity of television. Students must be amused - everyone must be amused, or they will switch: switch brands, switch channels, switch parties, switch loyalties. This is the intellectual reality of Western society at the end of the century.”

"In other centuries, human beings wanted to be saved, or improved, or freed, or educated. But in our century, they want to be entertained. The great fear is not of disease or death, but of boredom. A sense of time on our hands, a sense of nothing to do. A sense that we are not amused.”

“Watch lions feast in Gir, for a price:

SASAN: The setting sun has painted the sky a bright red. But, for a group of wide-eyed tourists, it's a different red that's attracting their attention. A bloodied buffalo is being torn apart by two lions while two cubs join in.

This is right in the middle of the lion country, just 25 km from Sasan, the core of Gir lion sanctuary that is the last refuge of the endangered Asiatic lions. At Babra Virdi, around 8 pm, the feast was on. So was the show as tourists, including some foreigners, watched in wonder.

The show is managed by locals by luring the lions with a live bait and costs anywhere between Rs 2,500 and Rs 10,000 for a group of five close to the core area. This is not an isolated incident. Lion shows are a rage in Gir, with several touts organising these shows in and around the forest. They are usually drivers of tourist vehicles who are hand-in-glove with forest department staff. These touts even have business cards and offer you a package which includes a meal while the lion is having a banquet…”

For Roman emperors "Panem et Circensus", literally "bread and circuses", was the formula for the well-being of the population, and thus a political strategy. This formula offered a variety of pleasures such as: the distribution of food, public baths, gladiators, exotic animals, chariot races, sports competition, and theater representation. It was an efficient instrument in the hands of the Emperors to keep the population peaceful, and at the same time giving them the opportunity to voice themselves in these places of performance.

They may add lion feasting to the menu. 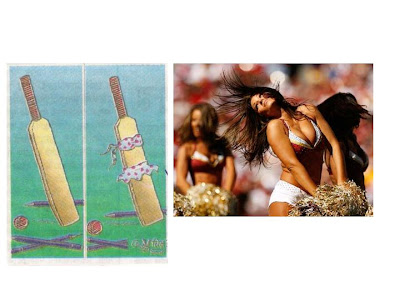