André Gide: “Everything that needs to be said has already been said. But since no one was listening, everything must be said again.” 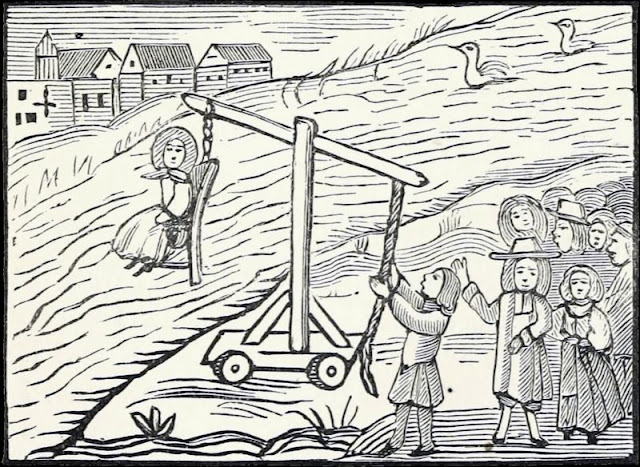 
“In medieval times until the early 18th century, ducking was a way used to establish whether a suspect was a witch. The ducking stools were first used for this purpose but ducking was later inflicted without the chair. In this instance the victim's right thumb was bound to her left big toe. A rope was attached to her waist and the "witch" was thrown into a river or deep pond. If the "witch" floated it was deemed that she was in league with the devil, rejecting the "baptismal water". If the "witch" sank she was deemed innocent.” 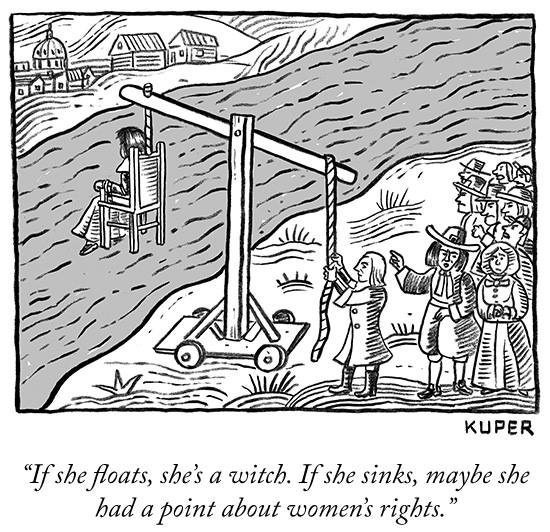 On April 26 1564, William Shakespeare was baptized. 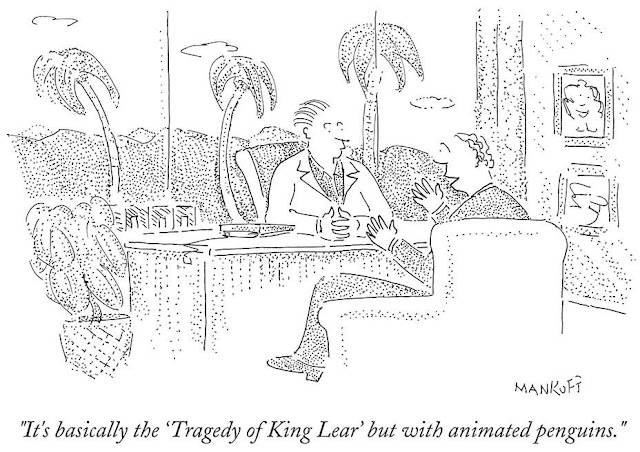 Artist: Robert Mankoff
Posted by Aniruddha G. Kulkarni at 9:00 AM No comments: Links to this post 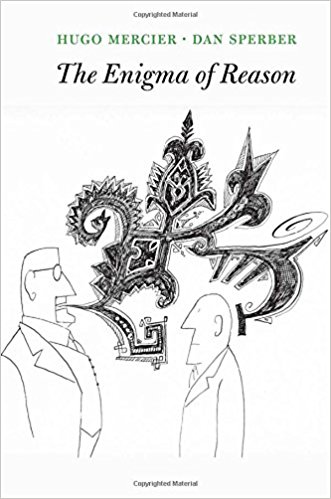 
"...Humans also differ from other animals in the wealth and breadth of information they share with one another and in the degree to which they rely on this communication. To become competent adults, we each had to learn a lot from others. Our skills and our general knowledge owe less to individual experience than to social transmission. In most of our daily undertakings, in family life, in work, in love, or in leisure, we rely extensively on what we have learned from others. These huge, indispensable benefits we get from communication go together with a commensurate vulnerability to misinformation. When we listen to others, what we want is honest information. When we speak to others, it is often in our interest to mislead them, not necessarily through straightforward lies but by at least distorting, omitting, or exaggerating information so as to better influence them in their opinions and in their actions...."
('The Enigma of Reason: A New Theory of Human Understanding' by Hugo Mercier and Dan Sperber)

Annette Bening as Gloria Grahame, 2017:
"...You want to leave me? People have been walking out on me my whole life, honey..."


Gaby Wood, LRB, March 2018:
"...Ray would go on to say of his marriage to Grahame: ‘I didn’t like her very much. I was infatuated with her, but I didn’t like her very much.’ As if in homage to Ray’s dislike, his biographer Patrick McGilligan refers to Grahame several times as a ‘sexy blonde actress’, and writes that ‘many of those who knew Grahame considered her a nymphomaniac.’ It wasn’t just those who knew her. In Peter Turner’s succinct, sad memoir, Film Stars Don’t Die in Liverpool (recently made into a film with an uncanny Annette Bening in the lead), Grahame is a washed-up Hollywood star about to die of cancer – but hers is a complicated decrepitude. Hair matted, make-up mouldering, asking to be ‘burped’ like a baby, she is even so billed in British repertory theatres as ‘the girl who can’t say no’..."

Vinod Mehta, ‘Lucknow Boy: A Memoir’, 2011:
“....Was Meena Kumari, as rumoured, a nymphomaniac? The word denotes ‘uncontrolled sexual desire in a woman’. I could come to no definite conclusion on the issue which the publishers were very keen for me to investigate. All I found was that she was widely believed to have slept around. Ashok Kumar, Rajendra Kumar, Raaj Kumar, Dharmendra, Sawan Kumar and several others allegedly received her favours after she had had a quarter bottle of her favourite brandy.
I was told about one admirer she fornicated with casually who thought he had a good thing going. After a night of satisfactory lovemaking, he knocked the next afternoon on the door of her make-up room, ‘Kaun?’ (who?), asked the lady. The admirer gave his name. She again asked, ‘Kaun?’ The admirer again gave his name, this time providing more details, reminding the actress of their union the previous night. ‘Raat gayi, baat gayi’ (The night has gone, so has the matter), she answered nonchalantly.

I do not know whether it is true today, but in the ’70s there was a battery of hangers-on attached to a star. They could be distant relatives, secretaries, legal counsels, hairdressers, brothers-in-law, chauffeurs, etc. These people’s fantasies of making it big courtesy the star were at once sad and gripping. The fantasists were, happily, a valuable source of classified information, which helped me reconstruct Meena Kumari’s life. To be sure, they would crazily exaggerate their importance, influence and proximity to the star. One hanger-on invited me to inspect a secret bedchamber, with lots of mirrors, tucked away in his office. This is where he claimed he serviced the actress...”


The Duke of Connaught:


“The shadow of Amritsar has lengthened over the fair face of India.”


“...The day of prayer and fasting was offered in April 1919 as a protest mainly against new legislation giving the colonial regime—in another haunting analogy to our own times—a slew of arbitrary powers it said it needed to combat terrorism. That supposedly nonviolent campaign quickly flared into riots in Bombay and Ahmedabad and “firings,” confrontations in which the constabulary or military trained their weapons on surging unarmed crowds in the name of order. The first firing was in Delhi, where five were killed; another came two weeks later in the Sikh stronghold of Amritsar. There, on April 13, 1919, in the most notorious massacre of the Indian national struggle, 379 Indians taking part in an unauthorized but peaceful gathering were gunned down by Gurkha and Baluchi troops under British command in an enclosed square called Jallianwala Bagh for defying a ban on protests. By then, Gandhi was on the verge of calling off the national strike; he’d made a “Himalayan miscalculation,” he said, in allowing himself to believe the masses were ready for satyagraha. To Swami Shraddhanand, an important Hindu spiritual leader in Delhi who questioned his bumpy, seemingly impulsive start-and-stop tactics, the Mahatma dismissively replied: “Bhai sahib! You will acknowledge that I’m an expert in the satyagraha business. I know what I’m about.”...” 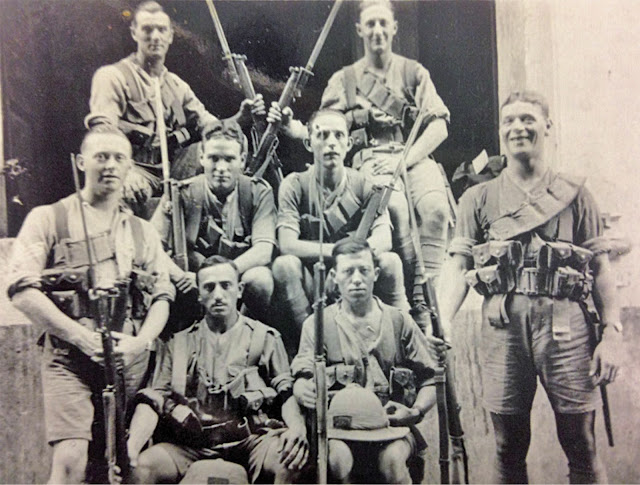 "A picket of British soldiers in Amritsar, 1919, defending imperial institutions in the wake of the Jallianwalagh Bagh massacre"
Posted by Aniruddha G. Kulkarni at 6:00 AM No comments: Links to this post