On September 29 2013 evening, Marathi film  BP / 'Balak-Palak' (बालक-पालक)- a comedy drama film on the topic of sex education-  was (world) premiered on TV. My son had already seen it at a theatre and NOT liked it. My wife watched part of it that evening. Whatever part of the film I 'heard', as she watched it, I did not like it.


I don't know the state of sex education to school kids in India today.

In 1970's, we never had any. In the streets, we saw dogs and birds mating passionately and noisily all the time. My parents never told us a thing.

In turn, I have never told my son a thing. Now 19, he probably has figured out a lot of things. I think he knows about AIDS and other sexually transmitted diseases.

As I have already said a couple of times on this blog, my sex education and sexual fantasies revolved around Chandoba (चांदोबा), Amar Chitra Katha (अमर चित्र कथा), pictures from Awaaz Diwali number (आवाज दिवाळी अंक), S M Kashikar's (एस. एम. काशीकर) detective novels of Dhumketu (धूमकेतू) and other super-heroes, Padma Khanna's dance 'Husn Ke Lakhon Rang'  in Johny Mera Naam (1970), ads featuring  the likes of Katy Mirza in The Illustrated Weekly of India, Irving Wallace's 'The Fan Club', 1974...(I don't include some real life girls and women around me, in Miraj / Sangli/ Kolhapur, in this list to protect their privacy.) Our elder male cousin from Kolhapur too played an active role in nurturing of my fantasies. 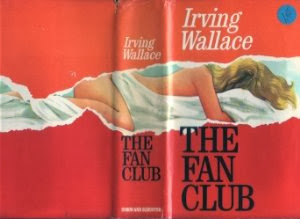 Therefore, it was such a fun to read Joyce Wadler's essay on the subject in The  New York Times on August 14 2013.

"...I grew up in the 1950's, in a resort town in the Catskills. The only time my mother gave me any information about sex was when I was 13 and traveling alone for the first time to visit an uncle in California.

“We haven’t talked much about this,” Ma said. “But if a strange man ever puts his hands on you, you open your mouth and scream.”


Vague, some might say, but I was one of those kids who had been reading adult books since I was 7 or 8; “The Carpetbaggers,” “Peyton Place,” delving especially deep into my uncle’s Mickey Spillane collection, and I considered myself rather knowledgeable.

Here is what I learned about sex from my reading: Women with dyed blond hair are sexually available, but may try to shoot you later.

When women undress to have sex their breasts start heaving uncontrollably. That’s how you know they’re into it, which they always are, despite wanting to kill you later.

Sex always ends with an explosion, which tears through your body so intensely you see brightly colored stars. I pictured it exactly like a fireworks show, so you can imagine my disappointment years later. Of course, that may be because I was with that most accomplished of lovers, a teenage boy..." 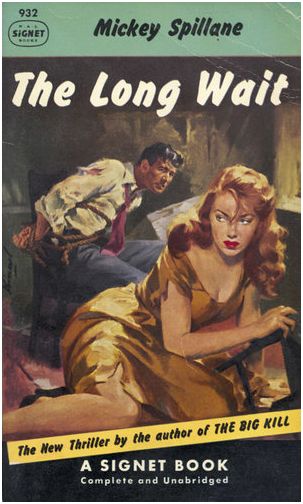 I don't know her breasts heaved uncontrollably or not earlier but notice the gun in her hand!