She May Look Clean....How Syphilis Shaped The World We Live in 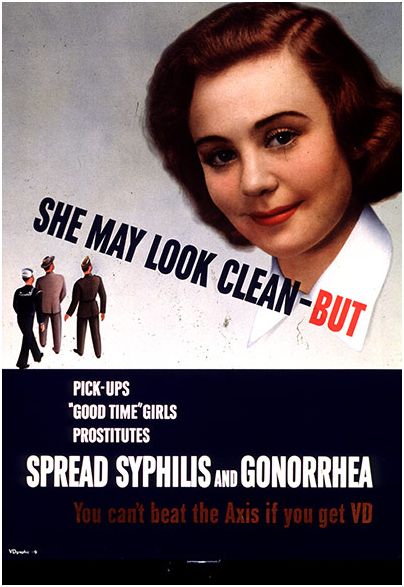 Smallpox became small because syphilis once was a big pox!

"And then there are the artists; poets, painters, philosophers, composers. Some wore their
infection almost as a badge of pride: The Earl of Rochester, Casanova, Flaubert in his letters. In
Voltaire's Candide, Pangloss can trace his chain of infection right back to a Jesuit novice who
caught it from a woman who caught it from a sailor in the new world. Others were more
secretive. Shame is a powerful censor in history, and in its later stages syphilis, known as the
"great imitator", mimics so many other diseases that it's easy to hide the truth. Detective work
by writers such as Deborah Hayden (The Pox: Genius, Madness, and the Mysteries of Syphilis)
count Schubert, Schumann, Baudelaire, Maupassant, Flaubert, Van Gogh, Nietzsche, Wilde and
Joyce with contentious evidence around Beethoven and Hitler. Her larger question – how might
the disease itself have affected their creative process – is a tricky one...

...Guy de Maupassant, who started triumphant ("I can screw street whores now and say to them 'I've got the pox.' They are afraid and I just laugh"), died 15 years later in an asylum howling like a dog and planting twigs as baby Maupassants in the garden."

"Even infections that used to be a breeze to treat, like gonorrhea, are becoming incurable."

The Times of India reported in November 2011:

"India is on the verge of eliminating syphilis, one of the most common sexually transmitted diseases (STD) in the country. According to the National Aids Control Organization (NACO), syphilis, which earlier used to affect about 8% of pregnant women, has been reduced to less than 1%. Among female sex workers, it affects about 4% as against 30% till a few years ago."

I wonder about the veracity of this claim because Guardian article from which I have quoted above says:

"...Of course, we have not seen the end of syphilis – worldwide millions of people still contract it,
and there are reports, especially within the sex industry, that it is on the increase in recent
years..."

"The new research suggested that syphilis originated as a skin ailment in South America, and then spread to Europe, where it became sexually transmitted and was later reintroduced to the New World.

The origin of syphilis has always held an implied accusation: if Europeans brought it to the New World, the disease is one more symbol of Western imperialism run amok, one more grudge to hold against colonialism…"

Jared Diamond says about it:

“…when syphilis was first definitely recorded in Europe in 1495, its pustules often covered the body from the head to the knees, caused flesh to fall off people’s faces, and led to death within a few months. By 1546, syphilis had evolved into the disease with the symptoms so well known to us today.”

Michael Crichton says about it:

“…You can carry tuberculosis for many decades; you can carry syphilis for a lifetime. These last are not minor diseases, but they are much less severe than they once were, because both man and organism have adapted…”

“Ahmad Shah Abdali probably had a disease like syphilis and so too was the case of Najib khan”. 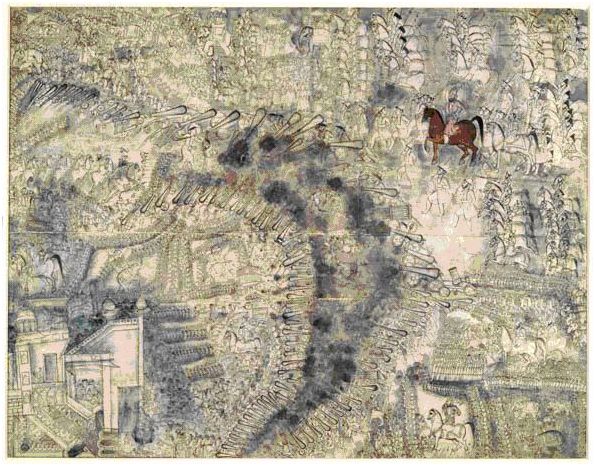 Shejwalkar also speculates that a few prominent personalities from 18th century Maharashtra too might have suffered from the disease.

These bigwigs married multiple times and also kept mistresses. One reason, he argues, they married very young girls late in their life because it was believed an intercourse with such a girl would rid them of the disease. The other possible reason was hypothesized increase in virility that came after mating with such a girl.

Belief still exists in parts of today's India that “… having sex with a ''fresh'' girl can cure syphilis, gonorrhea and other sexually transmitted diseases, including the virus that causes AIDS.”

Indeed the disease played a decisive role in the history of the world.

Guardian , again : "How far his (Cesare Borgia)  behaviour, oscillating between lethargy and manic energy, was also the impact of the disease we will never know. He survived it long enough to be cut to pieces escaping from a Spanish prison. Meanwhile, in the city of Ferrara, his beloved sister Lucrezia, then married to a duke famed for extramarital philandering, suffered repeated miscarriages – a powerful sign of infection in female sufferers. For those of us wedded to turning history into fiction, the story of syphilis proves the cliche: truth is stranger than anyone could make up." 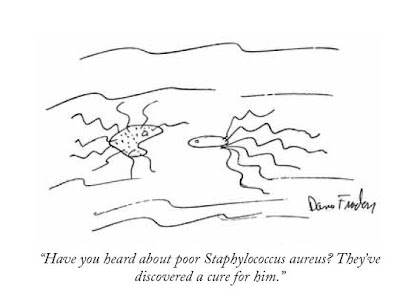 "Have you heard about poor spirochete bacterium Treponema pallidum subspecies pallidum? They've discovered a cure for him."

...well, not yet for syphilis
Posted by Aniruddha G. Kulkarni at 9:00 AM No comments: