John F Kennedy has been the most popular US president in India by some distance. I have already written about it. 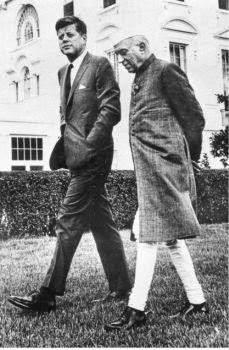 
"Prime Minister Jawaharlal Nehru with U.S. President John F. Kennedy in the White House garden during his visit to the U.S. in 1962"

Apart from millions of other places, in late 1960's and 1970's, the picture above hung in a corner restaurant 'Bharat Bhuvan' (भारत भुवन) in our neighbourhood at Miraj.


JFK became the president of US at the age of 43. Devendra G Fadnavis is going to be the chief minister of India's most important state Maharashtra at the age of 44.

Mr. Fadnavis and his wife have a young daughter: Divija, aged 5

This reminded me of the famous following picture. 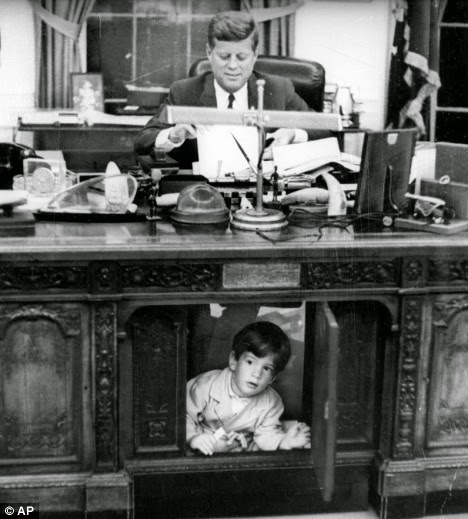 "John F. Kennedy works in the Oval Office while his son John Jr. plays under the desk - the last time the White House was home to young children."

Here is wishing Ms. Divija Fadnavis interesting places to play at Varsha, official residence of the chief minister of Maharashtra.

Posted by Aniruddha G. Kulkarni at 7:25 AM No comments: