"As explanations of the world, fairy stories tell us what science and philosophy cannot and need not. There are different ways of knowing. "Bring me the two most precious things in the city," said God to one of His Angels; and the Angel brought Him the leaden heart and the dead bird."


"...Who knows? Indeed. Which is why philosophy needs to accept it may one day be made redundant. But science also has to accept there may be limits to its reach..."


"…the philosopher encapsulates the idea of the nature of things, but the novelist runs with it. Philosophy can state the facts of our own mortality, but perhaps only the novel can explore the hammerblow moment that deprives us of everything that gives sense to our lives..."


“What are the first words a philosophy graduate utters? ‘Would you like fries with that, sir?’"

I first read the following by John Gray a few years ago:

"Contemporary philosophers are not so bold as to claim that philosophy teaches us how to live, but they are hard put to say what does teach."

After reading that humility, imagine my shock when I read the following:

"...Now, if philosophy is the mother of all knowledge, what is her world? Her world is that she gives birth to infinite concepts, and nourishes life-systems based on them and terminates, with affection,  the evil and  irreligious kids. Therefore, for instance, Plato's kingdom never came into existence and arrogant British-Raj came to an end, Genghis Khan and genocidal Nazism in the end burnt down.
Philosophy like Ramkrishna Paramhansa's Kali obliterates evil kids...")

After quoting a baloney like this, I offer you an antidote on it: John N Gray's book 'Straw Dogs: Thoughts on Humans and Other Animals', 2002.

If only I knew about the claimed powers of philosophy, when I finished my middle-class schooling in 1975, I would have majored in philosophy and, more importantly,  used it against one or two 'evil' kids who used to mildly rag me in the high-school!

Instead my father a college teacher in anthropology and English told me to stay as far away from arts as possible if I wanted to be employed. He also said philosophy departments in most colleges, indeed universities, were closing down. If at all one still wanted to do arts, one should major in sociology or economics.


Prof. Hemade's claims can be challenged on several fronts but I will restrict myself to only a couple.

Read what Jack Weatherford says in his book 'Genghis Khan and the Making of the Modern World', 2004:

"...Although he arose out of the ancient tribal past, Genghis Khan shaped the modern world of commerce, communication, and large secular states more than any other individual. He was the thoroughly modern man in his mobilized and professional warfare and in his commitment to global commerce and the rule of international secular law. What began as a war of extinction between the nomad and the farmer ended as a Mongol amalgamation of cultures. His vision matured as he aged and as he experienced different ways of life. He worked to create something new and better for his people. The Mongol armies destroyed the uniqueness of the civilizations around them by shattering the protective walls that isolated one civilization from another and by knotting the cultures together..."

I have never read anything remotely like this for Hitler or his cronies.

I love philosophy the way I love many other things in life. But my problems with it are fundamental because I don't feel humans are very different from animals.

And I quote from John Gray's book: "...As commonly practised, philosophy is the attempt to find good reasons for conventional beliefs. In Kant’s time the creed of conventional people was Christian, now it is humanist. Nor are these two faiths so different from one another. Over the past two hundred years, philosophy has shaken off Christian faith. It has not given up Christianity’s cardinal error – the belief that humans are radically different from all other animals..."

The claim has been made that 'Plato's kingdom never came into existence' (प्लेटोचे राज्य अस्तित्वातच आले नाही). Maybe but just count the cost humanity has paid in just pursuing it.

"...Plato’s legacy to European thought was a trio of capital letters – the Good, the Beautiful and the True. Wars have been fought and tyrannies established, cultures have been ravaged and peoples exterminated in the service of these abstractions. Europe owes much of its murderous history to errors of thinking engendered by the alphabet..."

Does philosophy attempt to reach the truth or peace of mind/  tranquility?

"...The ancient Greek philosophers had a practical aim – peace of mind. As it was practised by Socrates, ‘philosophy’ was not the mere pursuit of knowledge. It was a way of life, a culture of dialectical debate and an armoury of spiritual exercises, whose goal was not truth but tranquility. Pyrrho – the founder of Greek Scepticism – did not need to go with Alexander to India to discover philosophies whose goal was inner peace. The ancient Greeks were at one with their contemporaries in India..."

And is tranquility itself overrated?

"...If philosophers have rarely considered the possibility that truth might not bring happiness, the reason is that truth has rarely been of the first importance to them. In that case, we are entitled to ask whether philosophy merits the authority it claims for itself, and how far it is qualified to sit in judgment over other ways of thinking. If happiness is what we are seeking, is it to be found in mere tranquility?The Russian writer Leo Shestov contrasted Spinoza’s quest for peace of mind with Pascal’s struggle for salvation:

Philosophy sees the supreme good in a sleep which nothing can trouble. ... That is why it is so careful to get rid of the incomprehensible, the enigmatic, and the mysterious; and avoids anxiously those questions to which it has already made answer. Pascal, on the other hand, sees in the inexplicable and incomprehensible nature of our surroundings the promise of a better existence, and every effort to simplify or to reduce the unknown to the known seems to him blasphemy.

Like the ancient Stoics before him, Spinoza sought relief from inner unrest; but what is so admirable in being ruled by a need for peace of mind? We need not share Pascal’s fears or hopes to grasp the force of Shestov’s question. If what is at issue is not truth but happiness and freedom, why must philosophy have the last word? Why should not faith and myth have equal rights?.." 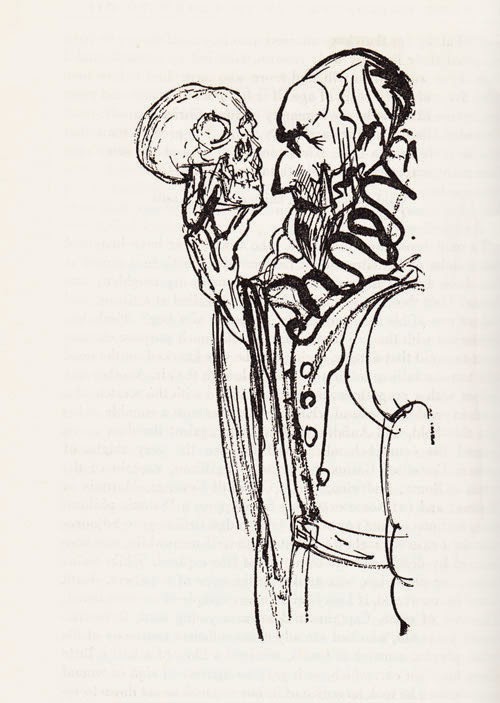 'That To Study Philosophy Is To Learn To Die' or is it?