खालील तिन्ही उतारे Jon Wilson's "India Conquered: Britain's Raj and the Chaos of Empire", 2016 यांच्या अप्रतिम पुस्तकातून साभार.
“...French craftsmen had built the mechanism inside the famous life-size toy tiger that is now on display in London’s Victoria and Albert Museum. The tiger, a symbol of the Mysore regime, has sunk its fangs into the throat of a prostrate European man, and it roars when it bites. Wellesley was worried that France and India would collaborate in more than symbolic craftwork, fearing particularly that the French navy would invade western India from its base at Mauritius to join up with Mysore and drive the British from southern India....” 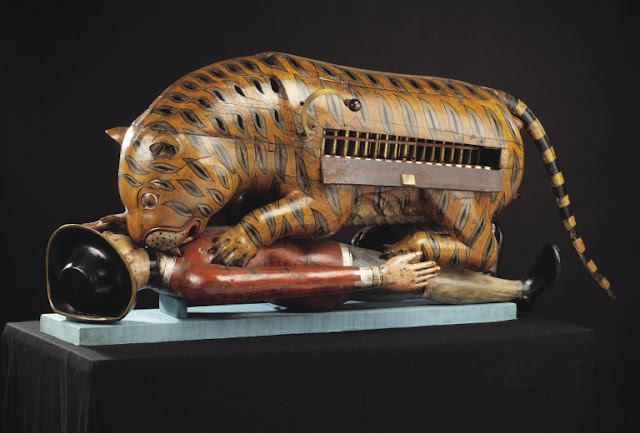 पण या लाकडी वाघाच्या बरोबरीने इंग्रजांना तीन खरे वाघ सापडले होते...
“...The Company’s armies arrived at Tipu’s capital of Sriringapatam in April. The city survived a month’s siege, but on 2 May the Company managed to blow a series of big holes in the walls of the fort and then, over the next two days, fought their way into the city. Tipu was seen shooting from the battlements with hunting rifles, but was killed in the fighting, his still warm body later found in a room full of corpses. Inside the palace, soldiers found Tipu’s mechanical tiger, and three of the real beasts, caged and starving.
Arthur Wellesley was appointed military governor of Tipu’s lands. His first act was to shoot the tigers: ‘[T]here is no food for them, and nobody to attend them, and they are getting violent.’...”

दुसऱ्या महायुद्धात ज्यावेळी जपानचा मद्रास वर हल्ला होणार असे वाटत होते....
"... In Madras, the prospect of invasion seemed so imminent that government offices were moved to towns scattered throughout the interior, and the big cats in the city’s zoo killed to stop them rampaging after the inevitable attack. When the city’s Indian chief officer complained that ‘everyone seemed to have lost their head’, the British chief of police sent a platoon to the zoo who ‘ruthlessly did their job in minutes’. By the middle of 1942, the government was drawing up plans to retreat from India and lead the fighting against Japan from Australia. Indians withdrew their savings from British-run banks and could not even trust paper money so started to collect small coins..." 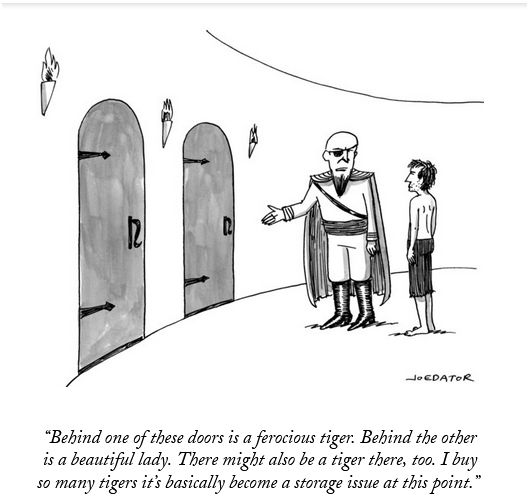