TURNING and turning in the widening gyre
The falcon cannot hear the falconer;
Things fall apart; the centre cannot hold;
Mere anarchy is loosed upon the world,
The blood-dimmed tide is loosed, and everywhere
The ceremony of innocence is drowned;
The best lack all conviction, while the worst
Are full of passionate intensity.
('The Second Coming')

This is what historian Vishwanath Kashinath Rajwade (विश्वनाथ काशिनाथ राजवाडे) said almost a century ago:

The first word that entered my mind when I saw Vasant Sarwate's (वसंत सरवटे) picture below was 'gangs' (टोळ्या) mentioned in Rajwade quote.

Rajwade wrote the quoted lines when India was not free.

Democracy was supposed to change that. The group in white attire carrying a flag in Sarwate's picture on the right reminds me of that hope, that promise, that 'tryst with destiny'.

UK's Financial Times is not a Left Wing paper.

Edward Luce is their Washington bureau chief. Earlier he was their South Asia Bureau Chief based at New Delhi. He is the author of 'In Spite of the Gods: The Strange Rise of Modern India' (2006).

He writes about American democracy in November 2011:

"A driver is stuck in a jam in Washington. A man knocks on his window: “Terrorists have kidnapped Congress, and they’re asking for $100m otherwise they’ll burn them with gasoline,” the man says. “We’re going from car to car to get donations.” What are people giving on average, asks the driver? “Oh, about a gallon,” comes the reply.

Mischievous though it is, the joke received a good reception when it was recently circulated to an email list of Washington insiders – a group of retired diplomats and academics. It is difficult to imagine Bob Hope delivering such a gag. In today’s climate, no amount of contempt seems too much for the country’s once highly trusted democratic institutions."

And one can argue that Indian democracy is in worse shape than American. No amount of contempt seems too much for the country’s once highly trusted democratic institutions.

As venerable Martin Wolf (of FT again) says: As inequality rises, the sense that we are equal as citizens weakens. In the end, democracy is sold to the highest bidder. That has happened often before in the history of republics.

I still remember how disturbed I felt watching the sequence first time on big screen in 1970's. I needed some balm which came with serene 'ghar aaya mera pardesi'. 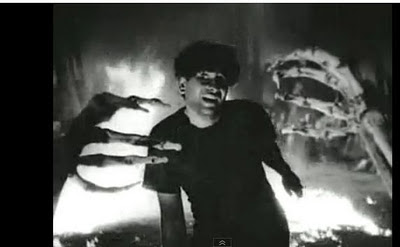 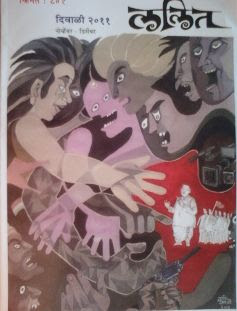 (I see one light violet colour face wearing bindi/pendant. I feel it represents a gang of bakelite celebrities.)

Sarwate himself says about the picture that, while drawing it, his own cover of Sahitya Academy Award winning collection of poems of Mangesh Padgaonkar's (मंगेश पाडगांवकर) 'Salam' (सलाम),1980- salute- was on his mind.

I know 'Salam'. I have heard Padgaonkar reciting it from the stage of Balgandharva Natyagraha (बालगंधर्व नाटय़गृह) in Miraj (मिरज). I liked it OK.

But when my overwhelming feeling is of deep fear, almost terror, only when I recover from it slightly, I may raise my hand in salute (salam), for survival! 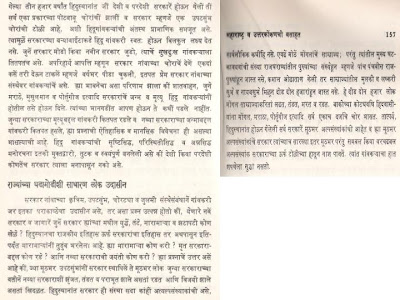