“…Everything passes. In the 17th century, China and India accounted for more than half the world’s economic output. After a modest interlude, the pendulum is swinging back to them at a speed the West has not grasped.

A lot of India’s economic output was generated by its textile industry, once as “sexy” as its today’s IT industry.

Hendrik Weiler observed: “India had the most advanced steel and textile industries at the beginning of the 19th century. Britain pirated India's technology, shut much of its advanced industries and forbade its exports, forcing it to buy second-rate British products in a closed market. Fertile land was stolen from Indian food farmers and converted to growing opium, which was then forced on the Chinese.”

I found the word “piracy” most interesting in above analysis.

But there is another viewpoint.

“Between 1890 and 1938 Japan experienced rapid economic growth. India stagnated. This national divergence was reflected in the performance of both countries' leading modern industry, cotton textiles. The parallels between national and industry performance suggest the problems of the Indian textile industry may have been those of India as a whole. Weak management is widely blamed for poor performance in textiles. An analysis of managerial decisions in Bombay shows, however, that on all measurable dimensions Indian managers performed as well as they could. The problem instead was one factor they could not change-the effort levels of Indian workers.”

Jared Diamond asked in his classic “Guns, Germs, and Steel/ The Fates of Human Societies” (1997):

“Was there anything about India’s environment predisposing toward rigid socioeconomic castes, with grave consequences for the development of technology in India?”

I don’t know about castes but is it possible that India’s oppressive hot weather and polluted drinking water may have had something to do with its workers’ low productivity? 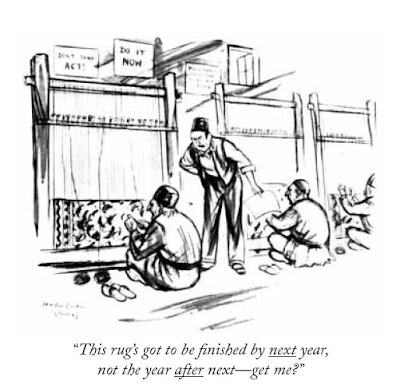