Art critic and a versatile artist himself the late Da Ga Godse द ग गोडसे wrote a brilliant essay “Ashtavinayak” for Maharashtra Times annual 1975. It is now part of his book “Samande Talash” (Shree Vidya Prakashan 1981). DGD has claimed in his essay that ancient Ashtavinayaka’s have nothing to do with ‘modern’ idol of Ganapati.

When on a visit to one of the eight Vinayaka’s, Girijatmak at Junnar, Maharashtra, he discovered how a Buddhist Vihar has been intruded into by Hindus and converted into a very popular temple. He was particularly angered by the ugly sight (attached newly to that ancient roof) and cacophonic sound of the temple bell there. Godse imagined how quiet it would have been there, few hundred years before, when Buddhist monks sat down for meditation. The only sound they occasionally made was of their breathing!

But a faithful has little regard for sensitivities of others around him. He wants to ring the bell hardest so that god hears him. He wants to sing hymns loudest so that god hears him. For many years now, Ganpati festival, spread over 10 days, has been the biggest sound polluter in Maharashtra. The next comes Diwali, particularly the day of Laxmi Puja, when you wish you were deaf for few evening hours when Puja is being performed.

Unfortunately, unlike in the picture, I cannot get the hell out of here. 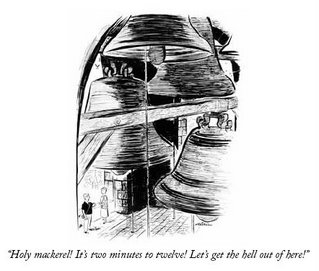 When I was working at a mega-corp in last century, I told my colleagues how our lives resembled to that being shown on National Geographic or Animal Planet.

Call it what you like: dog eats dog, eat or be eaten, survival of the fittest, a rat race (that makes you a rat even if you win it), in Sanskrit –Jeevo Jeevasya Jeevanam etc.

My colleagues made light of that and dispersed laughing. I knew they were little nervous. 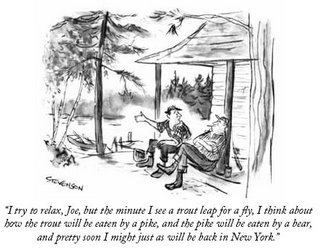 Cause draft, cause gale

In India where most public places are crowded, you are in constant danger of becoming an unintended victim of your fellow citizens. I use public transport a lot. Therefore, I have some first hand experience.

People can gesticulate so much that they may end up giving you a bloody nose. Then, there is a constant threat of wild sneezing, a shower of saliva while talking, spitting while chewing pan or a booger hidden in a dark corner. Not to mention loud and irritating conversations on the mobile phones, habit of crossing their legs while sitting very close soiling your trousers with their footwear……….

On a cricket field, a batsman with a big backlift can cause a draft in the slips by waving his bat violently.

Here, speaker on the dais has caused a draft. Giving chills to Richard Nixon.

Btw- Nixon sitting dignified here lost this particular election all right but soon, when elected, his actions would produce a gale called Watergate. 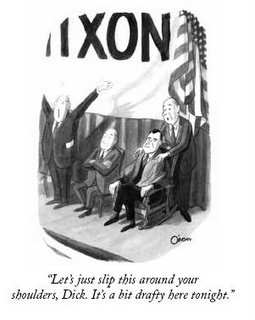 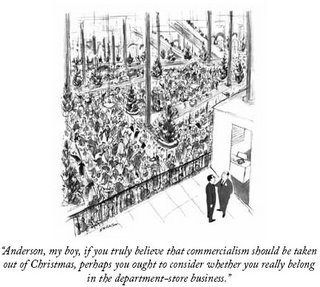 In India, retail revolution is supposed to have begun. Malls have now become landmarks. ‘Maller’ the place, better it is. May not be for living but certainly for buying property! When I recently quizzed a relative, an NRI doctor, why she did not return to India, she said ya it should be considered as India now has malls!

But never dare say, commercialism should be taken out of Diwali or Ganpati or Durga Puja or Christmas. You sure will be ‘mall’ed.

James Surowiecki, author of that brilliant “The Wisdom of Crowds”, has written an essay “THE GIFT RIGHT OUT” in The New Yorker dated Dec 25, 2006

He says: “Christmas shopping in the U.S. has been a reliable source of anxiety and stress for well over a century. “As soon as the Thanksgiving turkey is eaten, the great question of buying Christmas presents begins to take the terrifying shape it has come to assume in recent years,” the New York Tribune wrote in 1894…………..In fact, the more we spend at Christmas, the more we waste. We might actually be happier—and we’d certainly be wealthier—if we exchanged small, well-considered gifts rather than haunting the malls”.
Posted by Aniruddha G. Kulkarni at 11:40 AM No comments: