Maybe Hillary didn’t Lose because she was a Woman but Joan of Arc?

Now pundits are analysing her loss.

As she makes a last frenzied and likely futile attempt to crush the butterfly, it’s as though she’s crushing the remnants of her own girlish innocence. “ 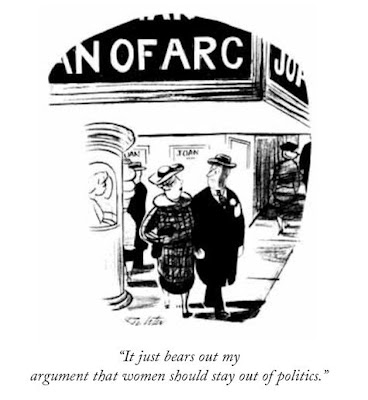 Artist: Mischa Richter The New Yorker 29 January 1949
Posted by Aniruddha G. Kulkarni at 10:00 AM No comments: Links to this post