On June 9, 2008: Broad daylight dacoity at Punjab National Bank, Sanewadi Branch, Aundh. Eight robbers enter the bank at around 10 am.”

In calendar 2008, this was 10th attempt of burglary at a bank in Pune.

Police commissioner said: “Maybe the banks are apathetic towards safety as the cash is insured.” 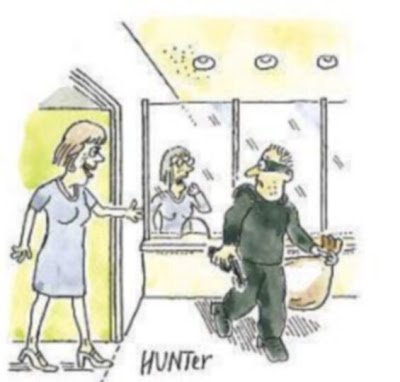 ‘Would you like to see a financial adviser, sir?’

The Spectator
Posted by Aniruddha G. Kulkarni at 10:00 AM No comments: Links to this post