The Hindu reported on March 25 2015 how a photo taken by The Hindu's Guwahati-based Special News Photographer Ritu Raj Konwar, was an inspiration for the Malayalam film 'Ottal' , which won two National awards on Tuesday March 24 2015. 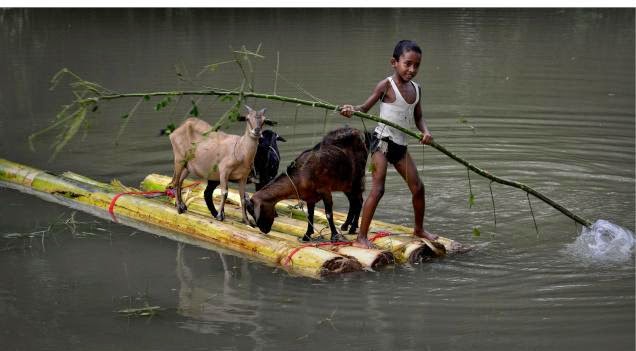 The power of the photograph does not surprise me.

But this is not the only such picture that has moved me in recent years.

"This year I have received a Diwali greeting card from Madhukar Dharmapurikar (मधुकर धर्मापुरीकर) that speaks volumes about his sensitive eye and his panache...

But there is no trace of sentimentality, implicit in Mate’s rhetoric question,  in the posture of Balkrishna, above. He is not wasting any time in crying or playing. He is busy rescuing his mom and navigating his own destiny.

He perhaps is telling his mother: