Liel Leibovitz:
"It’s a perfect embodiment of (Philip) Roth’s foundational move. First, set up a lofty premise, imbued with suffering and meaning and art, a furnace of emotions, every bit as universal as the great masterworks. Then, talk about your dick..."
The Economist:


"The problem with penises, as Richard Rudgley, a British anthropologist, admitted on a television programme some years ago, is that once you start noticing them, you “tend to see willies pretty much everywhere”. They are manifest in skyscrapers, depicted in art and loom large in literature. They pop up on the walls of schoolyards across the world, and on the walls of temples both modern and ancient. The Greeks and Japanese rendered them on statues that stood at street corners. Hindus worship the lingam in temples across the land. Even the cross on which Jesus was hung is considered by some to be a representation of male genitalia."

"My brain is my second favorite organ"

"...Almost anyone would assert that the functions of the penis are to eject urine, inject sperm, and stimulate women physically during intercourse. But the comparative approach teaches us that those functions are accomplished elsewhere in the animal world by a relatively much smaller structure than the one with which we encumber ourselves. It also teaches us that such oversized structures evolve in several alternative ways that biologists are still struggling to understand. Thus, even the most familiar and seemingly most transparent piece of human sexual equipment surprises us with unsolved evolutionary questions."

The following appeared in Loksatta dated June 21 2013. I read it because it was highlighted in the bold.

"Kill Gender/ Sex-Organ! Body's sex organ resides in a tiny place. If one considers an average person weighs 60 kg- what is the weight of the organ out of it? What about the rest of the body- humanness? Enough of  discussions on gender / gender-divergence/ gender-discrimination.")

I find the quote above very funny because size and weight have got nothing to do with sex-organ's relative importance.

Apart from begging to differ with Ms. Kulkarni on the tininess of the place  (इवलुशी जागा), I wish the late Vijay Tendulkar (विजय तेंडूलकर) were around to read her statement.

The thing residing in a tiny place has played 'disproportionately' huge role at least in two of his famous plays -'Sakahram Binder' (सखाराम बाईंडर) and 'Ghashiram Kotwal' (घाशीराम कोतवाल).

I wish we could politely request Sakharam and Nana- the way Ms. Kulkarni argues- to look at their penises, realize how small and light they were proportionate to the rest of their bodies and ask them to just chill it.

The end of play.

"Sexual tension is a common feature of plot and characterization in works of fiction. This longing is often suggested by incidents of intimacy; for instance, when two people or characters are alone and in close proximity (or actually touching), yet desire is never explicitly expressed. Another common theme is for characters to develop an interest in one another over the course of the plot, and if this is expertly done the audience can become aware of the growing attraction."

Needless to say which organ plays a large role in creating sexual tension.

For me, sexual tension creates some of the most interesting art- Cinema, drama, paintings, novels, biographies, sculptures...I fully understand why a great writer like Philip Roth, as quoted at the top,  talks about "your dick" at the end.

Look at the torment of Mahatma Gandhi in the following quote.

"...Gandhi's pejorative reference to nakedness is ironic considering that, as Mr. Lelyveld details, when he was in his 70s and close to leading India to independence, he encouraged his 17-year-old great-niece, Manu, to be naked during her "nightly cuddles" with him. After sacking several long-standing and loyal members of his 100-strong personal entourage who might disapprove of this part of his spiritual quest, Gandhi began sleeping naked with Manu and other young women. He told a woman on one occasion: "Despite my best efforts, the organ remained aroused. It was an altogether strange and shameful experience."..."

What Ms. Kulkarni is perhaps trying to say on gender/ sex-organ (लिंग), is much better expressed by the late B S Mardhekar (बा सी मर्ढेकर) in just four lies:

"Try asking them what exhilaration lies in copulation, they will show you an empty hole (भोक)- vagina-  where perhaps there was a fleshy penis (मांसल लिंग)."

This is because when an untrained person is shown a human skeleton,  he/she can't say whether it is of male or female. (Read the entry Sexual dimorphism from Wikipedia. There are many differences between the male and female human skeletons. But no mention of sex organ.)

Isn't that a great gender equalizer or a gender neutral thing? 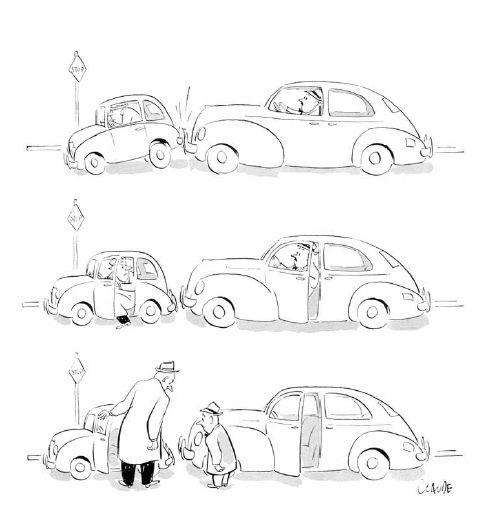