Tukaram, Richard Feynman, Helen E Hokinson: We Are Only An Atom

"When people look to religion for the meaning of life, they eventually find mystery. When they look to science for meaning they end up in mere incoherence."

" In 1929, the American astronomer Edwin Hubble discovered that distant galaxies are all rushing away from us. And the best explanation for this cosmic exodus came directly from general relativity: much as poppy seeds in a muffin that’s baking move apart as the dough swells, galaxies move apart as the space in which they’re embedded expands. Hubble’s observations thus established that there was no need for a cosmological constant; the universe is not static." 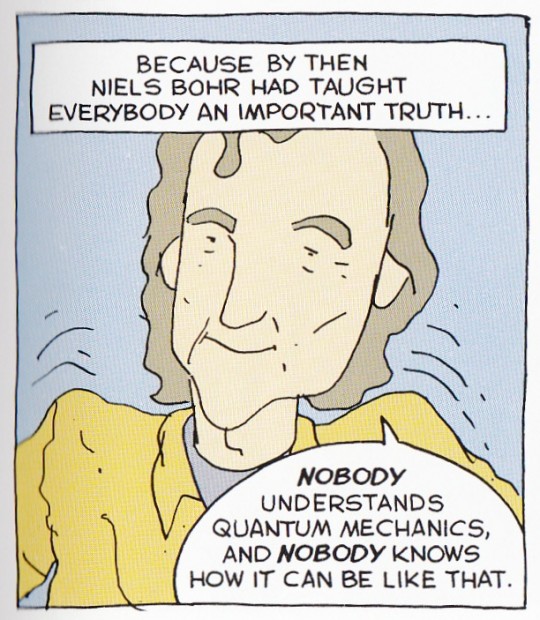 "If, in some cataclysm, all of scientific knowledge were to be destroyed, and only one sentence passed on to the next generation of creatures, what statement would contain the most information in the fewest words? I believe it is the atomic hypothesis that all things are made of atoms — little particles that move around in perpetual motion, attracting each other when they are a little distance apart, but repelling upon being squeezed into one another. In that one sentence, you will see, there is an enormous amount of information about the world, if just a little imagination and thinking are applied."

When I read it, I immediately thought of Tukaram (तुकाराम):


Tukaram of course did not know about the atomic hypothesis, as we know it today, but isn't he saying something equally profound here?


Maybe he is  telling us how small atoms-molecules make the big sky.

Maybe he is telling us how we can grow from being a lowly dwarf to a leviathan like the sky.

Maybe he is telling us we are sometimes like an atom-molecule while other times like the sky.

Maybe he is telling us that the universe is not static.

Maybe he is telling us that when your perspective changes things look different.

Maybe he is telling us about the feeling of awe that comes from understanding the beauty of nature. (Mr. Feynman describes it thus: ...It’s an appreciation of the mathematical beauty of nature, of how she works inside; a realization that the phenomena we see result from the complexity of the inner workings between atoms; a feeling of how dramatic and wonderful it is. It’s a feeling of awe — of scientific awe —) 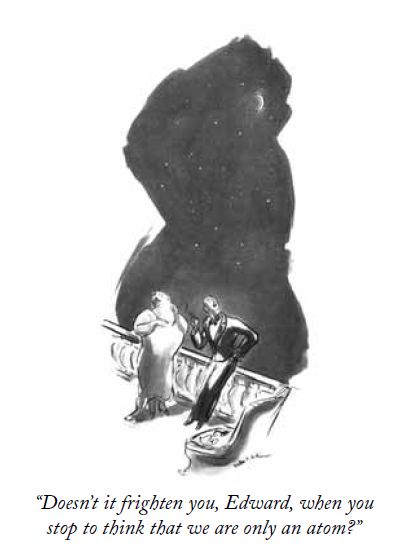