My father knew him reasonably well.

One day a few years ago, I went up to him at Pune airport and introduced myself as my father's son. He warmed up immediately. Then we traveled together on adjacent aisle seats to Delhi.

Earlier my attempt to meet him at Kolkata had failed because I didn't show up at the theatre, after fixing the appointment, where his new play - 'Chanakya Vishnugupt' (चाणक्य विष्णुगुप्त)- was being performed. I had seen the earlier show of the play and found it verbose and boring. I had wanted to leave it halfway!

We kept chatting on all kinds of subjects en route to Delhi via Mumbai and kept quiet only to eat the lunch.

I praised R B Patankar's (रा भा पाटणकर) "Apoorna Kranti' (अपूर्ण क्रांती). He had not liked the book. He had debated it with the author himself. He was surprised to learn from me Keshav Meshram's (केशव मेश्राम) praise for Shripad Krushna Kolhatkar (श्रीपाद कृष्ण कोल्हटकर). (He had no view on Kolhatkar.) He requested me to send him a copy of the article.

However, he and I agreed on how great T S Shejwalkar (त्र्यं शं शेजवलकर) was and how neglected he remained in Maharashtra/ India. He once wanted to translate Shejwalkar into English but the project (for Sahitya Akademi?) did not come through.

He spoke about his own family- he was going to his daughter's place in Delhi- and asked me about mine.  At Delhi, once we gathered our baggage, I touched his feet and asked him if I could drop him at some place on my way to Noida. He hesitated but declined the offer in the end.

(I cannot share here all that- on Marathi speaking national leaders, main-stream Marathi newspapers etc-  he said to respect his privacy even after his death.)

I kept reading his columns in Economic & Political Weekly (EPW)  but found them boring most of the times.

I have his 'Udhwastha Dharmashala' (उध्वस्त धर्मशाळा). I find it verbose and boring. I have still not finished it.

He was a 'committed' writer like most of the 'reformist' (सुधारणावादी) and 'realistic' (वास्तववादी) writers in Maharashtra today are. For me, they all are boring. I can't assess them as writers because I can't finish reading their books or blog pages or newspaper articles or stand (sit?) their TV debates!

But occasionally GPD became interesting such as in the article from EPW I quote  below (note- NRM means Non Resident Maharashtrians):

“…The NRMs have decided to celebrate the language that they rarely if at all speak. But they cannot be blamed. Their relatives and friends do not speak it either…

… A number of them went to modest schools in Pune, Nagpur or Mumbai. They perhaps read some books then. Most of them must have read the grand icon of the middle classes, P L Deshpande. They would remember a few of his jokes and witticisms. They would have seen some DVDs of his one-man performances. Whatever little Marathi they might speak there would be for telling each other PL’s “jokes”. Not for any reason is he called “Maharashtrache Ladke Vyaktimatva” (Maharashtra’s icon). Of course there is no reason why they cannot or should not celebrate their icons. And, after all, “PL” was no ordinary writer.

But then the point is that it amounts to nostalgia for those years of lower middle class living. The NRMs do not give the benefits of being cyber slaves. An occasional return to culture and tradition leaves them in peace with themselves and with their past…

… Most of the NRMs are cyber slaves in the Silicon Valley. They have no clue as to what is happening in the world of Marathi letters…”

The other interesting thing, for me, he did was scripting 'Mahatma Phule' episode- number 45- of  Shyam Benegal's TV serial 'Bharat Ek Khoj' , 1988. It was warm and brilliant. 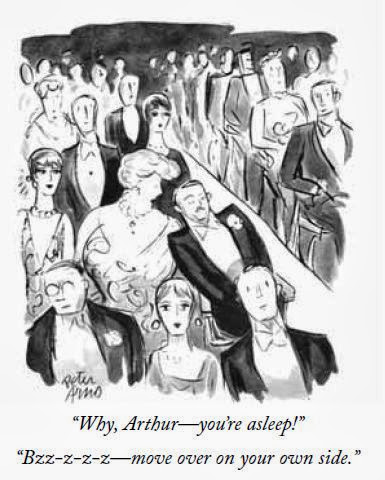 Posted by Aniruddha G. Kulkarni at 11:33 AM No comments: