"Civilization exists by geologic consent, subject to change without notice."

"Well, nonetheless, nature still exhibits manifestations which defy all methods of collecting information and data. For example, an earthquake may occur, or a tidal wave may come in, or a hurricane may strike. And the information will lag critically behind our ability to control it." बा सी मर्ढेकर (B S Mardhekar):


I did not find it very exciting unlike Wendy Doniger's "The Hindus: An Alternative History", 2009. I thumbed through it and since then it remained on "to read" list.

Last night I went through its index for Kedarnath. It appears most between pages 226-33.

I read those pages. Not an inkling it gives that "June 2013" might happen there one day.

Maybe I am wrong. Maybe I think so today. Maybe such things have happened in the past but have gone unrecorded. Maybe I am having a stroke of  'cemetery-reclusion' (स्मशान वैराग्य) after reading and watching about the disaster...But  as long as I live, I will always associate Kedarnath more with the colossal tragedy that took place in June 2013 than Lord Shiva's abode,,, 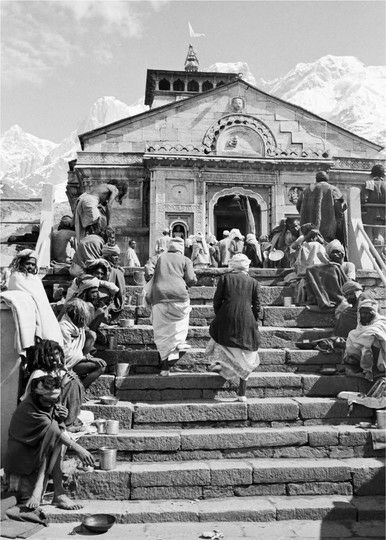 Kedarnath Temple in the high Himalayas

The book ends with these words:


"...We began this journey in Kāshī, often said to be preeminent among those places where one who has come to the end of this life can find liberation, crossing over to the far shore of immortality. As Shiva shows his beloved city to the goddess Pārvatī, he compares the city to a ferry boat, exclaiming:


Look dear! Look at Kāshī, a boat stretched out for the crossing …a boat not of wood and iron, but the light of illumination for all the people it ferries across the sea of  life.
And yet, in exploring the sacred geography of India more widely, we have learned that one might board this boat for the great crossing-beyond at any of the seven tīrthas of India said to be mokshadāyaka, “bestowers of liberation.” But even more—the claim to a crossing inheres in the very notion of a tīrtha. While the tīrtha may ferry one over the trials and tribulations of earthly life, the tīrtha is finally a ferry to help one cross over from the entanglement of repeated birth and death to the freedom of liberation. One just might board that boat anywhere. Taking a pilgrim journey to a distant place may be a necessary discipline, but not because the nearby place is not also a crossing. Tīrthas are plentiful—where the rivers meet, where the hill rises, where the temple flag waves. The south Indian poet Dasimayya writes that for the one who is truly awake to the reality of Shiva, “his own front yard is the true Banāras.” And the tīrtha just might be closer still. Lalla, a fourteenth-century devotional poet from Kashmir, wrote: “I, Lalla, went out far in search of Shiva, the omnipresent lord; having wandered, I found him in my own body, sitting in his house.”..."

Why should I go for "chardham" pilgrimage when he is sitting in his house? And even if he is not, as poet  B S Mardhekar says in the quote at the top: You stay where you are, for me sprinkling here will do !