My Debt to Nalanda!

On Aug 3 2010 FT said:"...One of the world’s oldest universities – Nalanda, in the impoverished Indian state of Bihar – is to be refounded more than 800 years after it was destroyed, fulfilling the dreams of scholars from India, Singapore, China, and Japan..."

I owe a debt to Nalanda for two reasons.

First for providing a beautiful locale for a wonderful song from Vijay Anand directed Johny Mera Naam (1970)- "O Mera Raja" and then for being a great seat of learning in the past...In that order!

This is on the lines of what P L Deshpande (पु ल देशपांडे ) said about Maharashtra's debt to three Chhatre's (छत्रे)- Snack manufacturer (चिवडेवाले ), circus propeitor (सर्कसवाले ) and mathematician (गणिती). The debt should be considered in descending order! 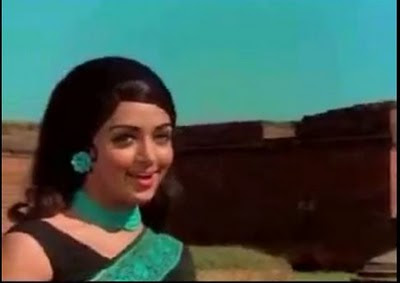 Has an Indian woman ever looked more beautiful than Hema Malini in that movie? But don't ignore Nalanda in the background.
Posted by Aniruddha G. Kulkarni at 9:00 AM No comments: