Twenty years ago, on 5 August 1994, Hindi feature film 'Hum Aapke Hain Koun..!' (HAHK) was released at Liberty Cinema, Mumbai...It went on to become one of the most commercially successful Hindi films...

"Talk of giving up consumerism is reminiscent of Stephen Emmott's favourite example of a fashionable pseudo-solution for environmental problems: peeing while you're in the shower. "

"...in a world in which everything is available, nothing has any meaning."

"Do you feel we’re living in an age of consumerism or is that just a media concept that doesn’t have any real meaning?"

“When you go to the movies every day, it sometimes seems as if the movies are more mediocre than ever, more craven and cowardly, more skillfully manufactured to pander to the lowest tastes instead of educating them."

“…Nepotism was rife. None other than Vallabhbhai Patel wrote to the Prime Minister of Central Provinces N.B. Khare on August 21, 1939, recommending the case of Ratanchand Hirachand of Indian Hume Pipe Co. for a contract. Sarojini Naidu wrote to Khare recommending Walter Dutt for a High Court judgeship. It was at this time that many bad precedents were set which affect us to the present day. Congressmen in office were intoxicated with power...”

“From Robin Williams’s death to the Arab Spring, we have to resist the urge to impose simple storylines on complex events.” (New Statesman, August 15 2014)

"...As our avid chatter increases in volume red spots begin to appear on our pale cheeks. And as we cough and splutter the news of our latest acquisitions, so it occurs to me that unless we can find a cure for this malady soon it will have eaten us all up, just as we will have consumed all of Mother Earth's bountiful resources. All that will be left is a gigantic stomach, floating in space, its visceral manifold gleaming weirdly in the cold, indifferent light of the stars - stars that are quite unable to feel any sadness for our demise, because they're too busy consuming themselves. The great French writer Louis-Ferdinand Celine entitled one of his novels Mort a credit. This is sometimes translated into English as Death on the Instalment Plan, but a better rendition might be simply Consumption."


Since its release, I have never watched HAHK in its entirety. (By the way, I have still not watched a single  film in entirety of either Madhuri Dixit or Salman Khan, leading stars  of HAHK.)

My brother and I went to a Pune cinema (Mangala) to watch HAHK c1994. We left the hall at the interval when Pooja came rolling down the stair case.

We were so bored almost from the start that we were looking for an excuse to leave the hall, we found it in that tragic accident.

I can't stand the film or any part of it even today. However,  I do NOT agree with arguments of Mr. Atul Deulgaonkar (अतुल देऊळगावक), henceforth AD for this post, on the film in Loksatta dated August 10 2014.

In a round about manner, AD blames the film for some of the major ills he sees in Indian society today!

(twenty years ago HAHK not just changed the formula of Hindi films but embraced the entire Indian psyche. Shallow display of wealth, extremism of silly things under the name of culture, huge thirst for exhibitionism and riddance of sociality are all gifts of this film only. Meanwhile the changes that took place in Indian society and psyche were triggered by this film...)


Brendan O’Neill has said: "...Today it is those who pose as pro-science who are most likely to treat natural events as being caused by individuals’ behaviour, and who are most likely to argue that catastrophes can be predicted and potentially offset through a secular form of eco-penance. They even claim that earthquakes are caused by climate change, as evidenced in recent headlines such as ‘Climate change will shake the earth’. They would probably have blamed the Lisbon quake on consumerism, just as religious folk blamed it on sin..."

When AD blames a 'silly' film for major ills in our society, he reminds me of such 'folks'.  I am not disputing either the ills or their monstrous nature but just arguing that HAHK was NOT a harbinger of  consumerism in India. The film is not that significant. The ills AD describes are real but  defy simple reasoning.

Just about everything that AD faults in this raging article happened or was happening or would have happened with or without HAHK. HAHK did little, at best marginal, difference to the course of history of consumerism in India.

Joshua M. Zeitz claims in The New York Times, December 27 2003: "...Finally, the ever-rising influence of consumerism and advertising after 1900 chipped away at the Victorian-era culture of asceticism and self-denial, in effect legitimating the pursuit of pleasure..."

Peter N. Stearns claims: "...We now know that, while there was new surge around 1900, modern consumerism predates the industrial revolution..." ('Consumerism in World History: The Global Transformation of Desire', 2006) 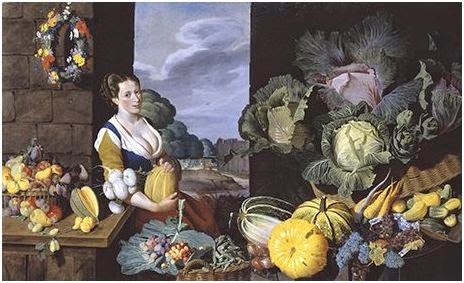 Is consumerism all bad?

With the help of the painting above, Alain De Botton  and John Armstrong attempt an answer in their book 'Art as Therapy', 2013:

"The idea of consumerism as evil is a scourge with which to beat the modern world. Yet at its best consumerism is founded on love of the fruits of the earth, delight in human ingenuity and due appreciation of the vast achievements of organised effort and trade. This painting takes us to a time when abundance was new and not to be taken for granted.

We are so afraid of greed that we forget how honourable the love of material things can be. In 1620, homage could be paid to the nobility of work and commerce, something that boredom and guilt make less accessible to us today. Perhaps we can learn from this picture. A good response to consumerism might not be to live without melons and grapes, but to appreciate what really needs to go into providing them.”


For me, HAHK is a bad, gaudy film that I probably will never watch but it was just holding a cracked mirror to our society. It tried to entertain like most Hindi films do. Nothing more, nothing less.

I don't think it either makes any comment on consumerism, the way Sir Bacon's picture above does or promotes consumerism. I did not like it but hey, millions others DID. 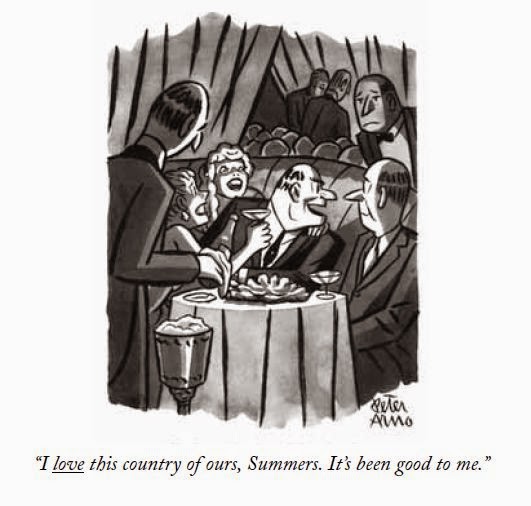