"Look at your body—


A painted puppet, a poor toy


Of jointed parts ready to collapse,


A diseased and suffering thing


With a head full of false imaginings."

(as quoted in 'The Conspiracy Against The Human Race / A Contrivance of Horror' , 2010 by Thomas Ligotti)

"...This is why, as Ms. LaFrance shows, Botox treatments smooth out feelings as well as wrinkles. When Botox is injected into the muscle that encircles the eyes to eliminate what Ms. LaFrance unfortunately calls "those awful crow's-feet wrinkles" (she of all people should refer to them as laugh lines!), it inhibits the muscles that convey delight, curiosity or irritation. Appropriately enough, it does not affect the fake smile..."

"Whom the gods would destroy, they first make beautiful. Just look what they did to Kim Novak. Until Sunday night, most of the world thought of Novak primarily as the siren of Hitchcock’s iconic “Vertigo,” a famously stunning actress whose career peak happened nearly 60 years ago. Then she showed up at the Oscars, presenting the award for best animated feature with an admiring Matthew McConaughey. Her hair was a shoulder length tumble of blond, but it was her face that was the most surprising for a woman of her 81 years. Her eyes seemed pulled back, her lips seemed strangely inflated and her skin seemed at once unnaturally taut and puffy. If you were on Twitter on the time, you could almost hear the collective gasp...." 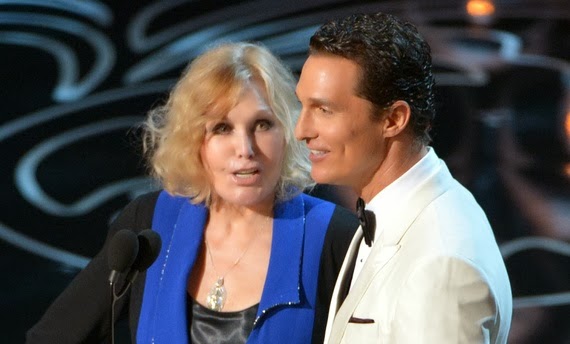 courtesy: AP and The Atlantic

Even her smile, fake or genuine,  seems to be affected in the picture above.

Spencer Kornhaber wrote in The Atlantic:

"...The talk seems to be a bunch of people arriving at the same joke about the 81-year-old Vertigo star thinking she'd arrived to present an award for "Frozen," because of the way her face looked. Donald Trump, speaking as he does for civilization's baser instincts, tweeted that "Kim should sue her plastic surgeon!’"..." 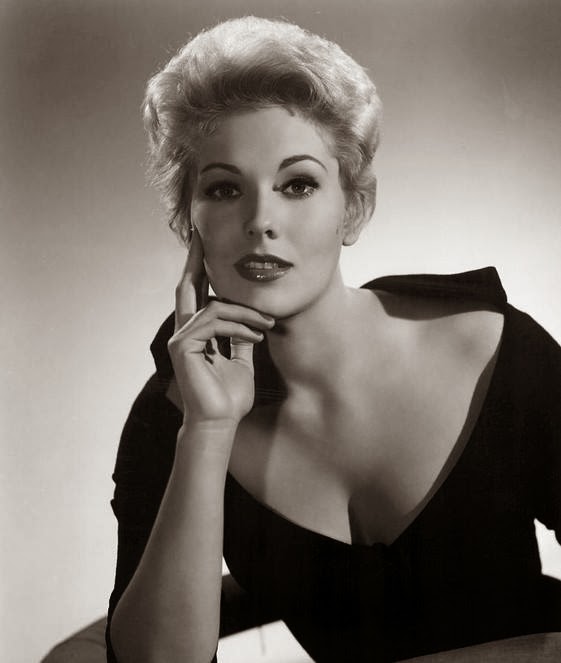 courtesy: The Golden Age of Hollywood