Why Aren’t There UFO’s Over Urban India?

I was shocked and saddened to read in Times of India September 9, 2007: “Today's hot fad: Rewind to your previous lives”

“Scared of flying? Maybe you died in an aircrash 300 years ago. Can’t perform in bed? You might have suffered abuse in a previous birth. In a country where the concept of reincarnation is as old as life itself, it isn’t surprising that past life regression therapy (PLRT) has become the hottest treatment for upwardly mobile Indians demanding answers to all their life’s problems…”

Yes, I wish Dawkins wrote his books more like Sagan.

I acquired the book in 2003, six years after its publication. I have since then read it almost every week. No one writes better prose in English than Sagan. He is George Orwell of science writing.

Sagan says: “The dumbing down of America is most evident in the slow decay of substantive content in the enormously influential media, the 30-second sound bites (now down to 10 seconds or less), lowest common denominator programming, credulous presentations on pseudo-science and superstition, but especially a kind of celebration of ignorance. “

But he is not just skeptical.

“Both skepticism and wonder are skills that need honing and practice. Their harmonious marriage within the mind of every schoolchild ought to be a principal goal of public education."

This book should be a text in our schools from grade five onwards. Newspapers should serialize the book and once finished, they should start all over again!

I wonder why those millions of upwardly mobile Indians who are taken in by pseudo-science (rebirth, astrology, godmen etc. etc.) and superstition don’t sight UFO’s. If world’s ‘greatest democracy’ has hundreds of UFO sightings every year, why shouldn’t world’s ‘largest democracy’ have matching numbers?

Is it because of dense air pollution in urban India? 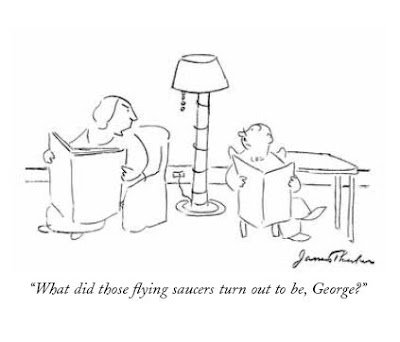 Girls, Now Who Is Going To Read Me Sherlock Holmes Tonight?

Similarly, I tend to pardon the British Empire somewhat because it gave us Sherlock Holmes. So many stories of Holmes have India in them. Portrayed rather lovingly.

I read Sherlock Holmes in Marathi first and fell in love with this eccentric genius. Later in early 1980’s when I saw Jeremy Brett playing Holmes on TV, I started imitating him! My wife says I still do, eccentric part of it!

The Economist says: “…The Sherlock Holmes stories continue to exercise extraordinary power. The writing is never more than efficient but the setting remains perennial: the comfortable, carpeted, fire-lit Baker Street sitting room shared by Holmes and Watson, the paradoxically womblike world of a Victorian bachelor set above an anarchic underworld full of violence and immorality. Doyle's literary masterstroke was dividing the story between Holmes and Watson. It was a device the writer used frequently but never as effectively as here…”

And The Spectator says: “…Why were the Holmes books so popular that the last autocratic Sultan of Turkey, a man with a thousand concubines, used to have them read aloud to him in translation in what spare time was left? …What did they have that a thousand women above the Bosphorus could not supply? I read this book through without getting an answer.”

Now when you see the picture below, don’t read speech balloon given by Carl Rose first but instead read title of this blog-post. 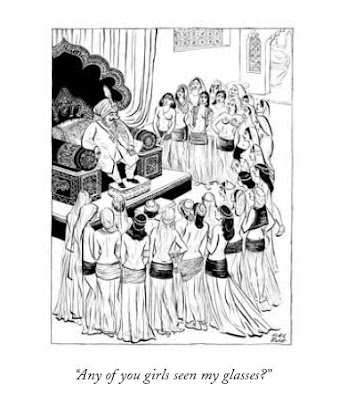