Chelsea Clinton's Wedding and The Godfather

It was widely reported in Indian newspapers on July 31 2010 that "Chelsea Clinton's future father-in-law is a convicted fraudster".

Why should it matter?

This is what Sarah Churchwell said about President J F Kennedy's- whose portrait in 1970's hung even in 'lowly' corner restaurant called Bharat Bhuvan (भारत भुवन) in Miraj- father:

"...In his monetary dealings, Joe Kennedy was a democrat: he would screw almost anyone. Otherwise, his politics were closer to fascism: his advice to the overwhelmingly Jewish heads of film studios during the second world war was to appease Hitler by ceasing to make "anti-Nazi pictures". What Kennedy learned best from Hollywood, however, was the importance of branding and myth-making: he was an early manipulator of the cult of personality. His talent for pious façades camouflaging covert manipulation only came to fruition with his sons' political careers, as he instructed them: "It's not what you are, but what people think you are that is important.".."

Is that the second reason- because first is obvious- following picture reminded me of Sonny Corleone (James Caan) from Francis Ford Coppola's "The Godfather"? 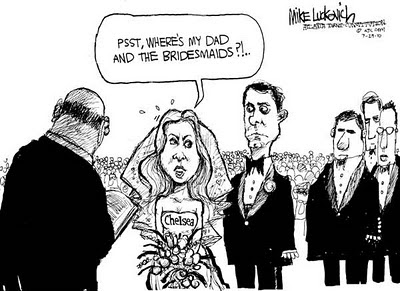