Once I wanted to escort these three Bhate (भाटे ) sisters on a jaunt to Mahad (महाड), their beloved native town, instead I accompanied each of them to crematorium...This is growing up!

There is so much hope in the poet's words above...Death will remake him, get rid of his disability and make him beautiful all over again...easily one of the most memorable poems in 20th century Marathi.

After seeing my Tai-mavashi for the last time at Kolhapur (कोल्हापुर) crematorium on the banks of Panchganga (पंचगंगा), I looked at the evening sky...

It had never looked that beautiful.

What was I doing at that goddamn crematorium instead of looking at pretty girls of Kolhapur at Rankala (रंकाळा) and Mahadwar (महाद्वार ) road, or making plans of which movies to see, or where to eat outside: what we always did while visiting her in the past, when R D Burman song "Yeh shyam mastani" (ये शाम मस्तानी) from 'Kati Patang',1970 never stopped playing?

Sure, death might have made my mavashi more beautiful- it wasn't obvious though- but what about the sky in real life that was even more beautiful than usual after her death? Evening was still graceful (ये शाम मस्तानी) but now in a creepy way.

Can we reconcile this?

Not Mark Twain. He thinks it's a mockery:

“I lost Susy thirteen years ago; I lost her mother—her incomparable mother!—five and a half years ago; Clara has gone away to live in Europe; and now I have lost Jean. How poor I am, who was once so rich! … Jean lies yonder, I sit here; we are strangers under our own roof; we kissed hands good-by at this door last night—and it was forever, we never suspecting it. She lies there, and I sit here—writing, busying myself, to keep my heart from breaking. How dazzlingly the sunshine is flooding the hills around! It is like a mockery."

Not C T Khanolkar (चिं.त्र्यं.खानोलकर) either:

[I have quoted these lines of CTK as I recall them from, I think, a दीपावली (Deepawali) magazine's diwali number from 1970's. Errors if any are regretted.]

“Everything in nature is lyrical in its ideal essence, tragic in its fate, and comic in its existence." 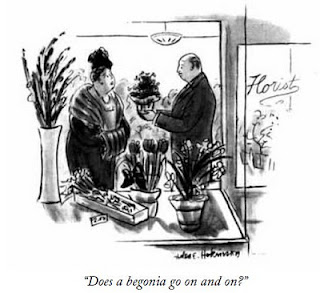 “For Nature, heartless, witless Nature
Will neither know nor care”
Posted by Aniruddha G. Kulkarni at 9:00 AM No comments: