An Evening in Paris (1967) is my favourite movie. First time, I watched its matinee show (3 PM) at Kolhapur (Venus cinema?) by standing in an overwhelming queue to buy a ticket.

And now her daughter says: Sharmila Tagore says that wearing a bikini in An Evening in Paris was “the biggest mistake of her life”.

Why Ms. Tagore? Why deny me my infatuation, my fantasies? If Zeenat Aman also joins you in regretting number of things she did, it would be like my adolescence spent in Stalin’s gulag. (See a related picture post on this subject here.)

Times of India November 26, 2007 thinks it knows the reason: “Why the bikini is badnaam”

“…The bikini in some form or the other has become an acceptable part of Bollywood’s grammar, but the bikini-wearer herself is still a pariah.

Women in the glamour industry won’t bat an eyelid while shooting in bikinis for international assignments, but will valiantly resist in India—or at least state their reservations loudly in public - acutely aware that such an act will amount to transgressing some unspoken cultural boundaries. In the eyes of the public, the bikini-wearer is often seen as having crossed the final frontier of Indian values and traditions, and becoming one of “those women” - sexually aggressive, “characterless”, out of control and endowed with all the qualities of Western female sexuality that the bikini symbolises.

… The message is that “only bad women wear bikinis”. The implication is that women who wear such clothes get sexually harassed, and have no one to blame but themselves. They ‘asked for it’.

A bikini has nothing to do with being good or bad and statistics on crimes against women show that what women wear has no bearing on sexual harassment faced by them. Yet the fear of being associated with bikinis only compounds these dangerous misconceptions, adding a greater burden to women to take responsibility for their own safety.

…Wearing a bikini is part of the performance alright. But at the end of the day, after pack up, they go back to real lives with real relationships built on the damning sexual moralities of Indian society in which women are always up for trial. “ 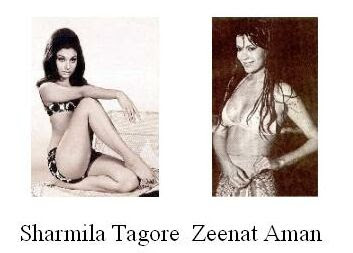 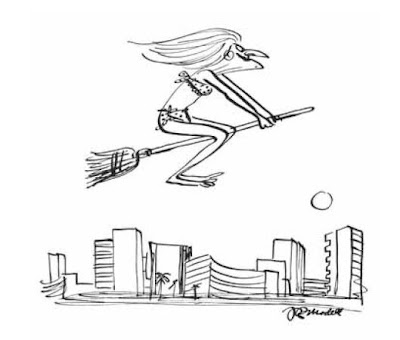 Artist: Frank Modell The New Yorker 27 October 1962
Posted by Aniruddha G. Kulkarni at 9:00 AM No comments: