Of  hundreds of  Vasant Sarwate (वसंत सरवटे) cartoons I have seen and loved, this probably is the most moving.... 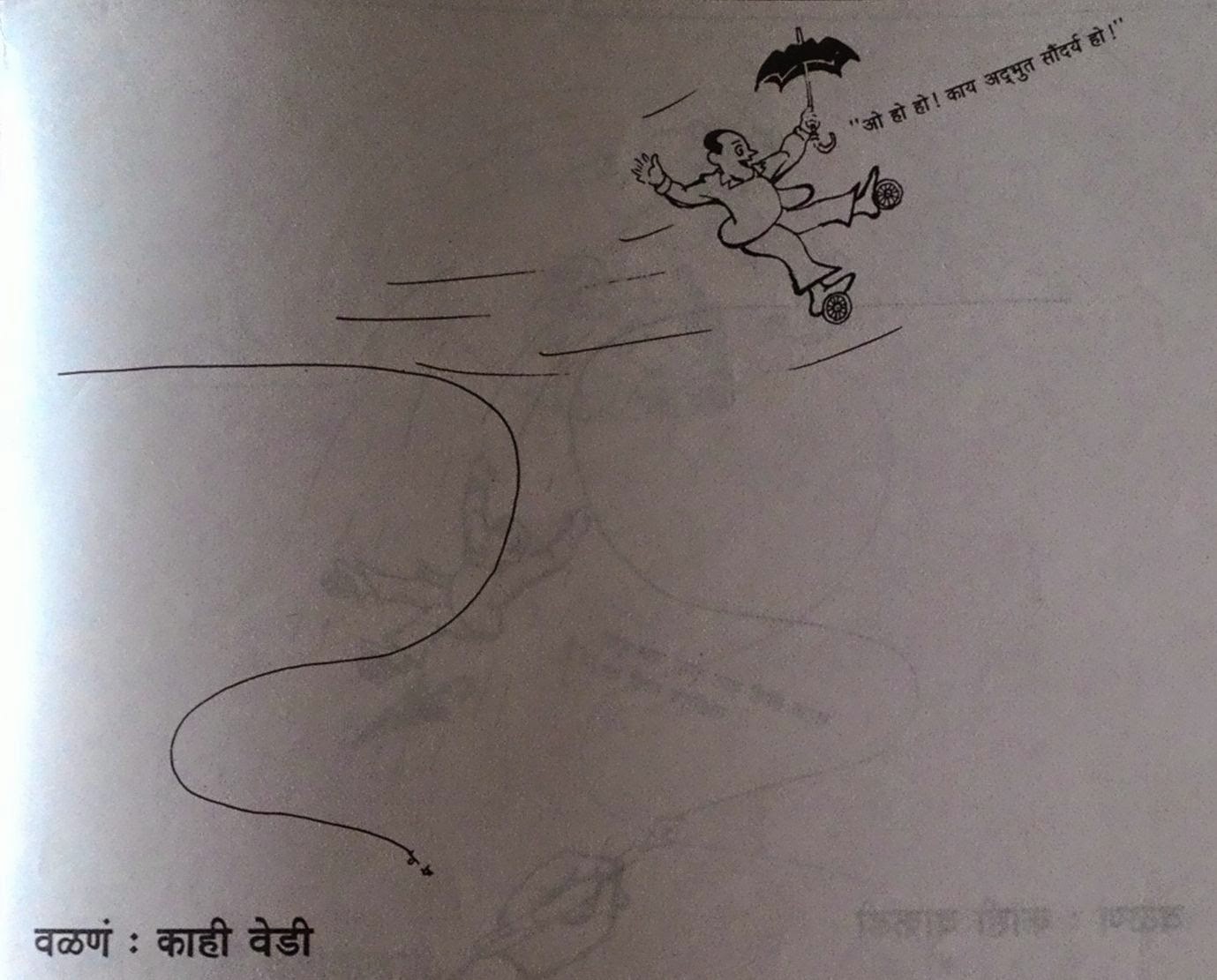 It is the second picture from a series of three but for me it stands on its own.

The guy (with a kind of skates) has missed the turn, is airborne and is heading towards a crash. All that is there to save him is the umbrella. In the earlier picture, he has started opening it and in those few seconds has managed to open it.

We (and probably Sarwate) hope he will be able use it like a parachute to land safely. But it's just a hope. Most likely we know how it's going to end.

But meanwhile look at what the guy is saying:

That's the wonder of life on Earth that doesn't end not just in air but even in space.

When I was watching 'Gravity', 2013, I remembered this picture.

The most moving scene for me in the film is when Matt Kowalsky (George Clooney) drifts away in the space towards a certain death.

His final words are:

After I finished writing the post, earthquake struck  in Himalayas. The avalanche that resulted. from the quake killed people at Everest. I am sure seconds, minutes, hours before they died, they too would have exclaimed: 'oh...oh! What an awesome beauty!' ('ओ हो हो ! काय अद्भुत सौंदर्य हो !')

Posted by Aniruddha G. Kulkarni at 8:00 AM No comments: