This is continuation of my earlier post dated November 27 2013.

“The whole history of civilization is strewn with creeds and institutions which were invaluable at first, and deadly afterwards.”

“…Nepotism was rife. None other than Vallabhbhai Patel wrote to the Prime Minister of Central Provinces N.B. Khare on August 21, 1939, recommending the case of Ratanchand Hirachand of Indian Hume Pipe Co. for a contract. Sarojini Naidu wrote to Khare recommending Walter Dutt for a High Court judgeship. It was at this time that many bad precedents were set which affect us to the present day…”

"India has now been free and independent for about four months...No single catastrophe served as catalyst for his (Mahatma Gandhi's) decision to start his seventeenth and final fast on January 13. In the days running up to the fast, he’d been forcefully struck by several indications that matters were on a downward slide. First he received a detailed account of rampant corruption at all levels of the newly empowered Congress movement in the Andhra region of southeastern India..."

"...Institutions got such a thrashing that it has not been possible to restore them to their original form even after three decades. Politicians of all parties and their cohorts, the bureaucrats, have found the battered institutions convenient and cooperative...The system has not recovered since..."

Peter Parker, The Spectator, March 15 2014, a review of 'Capital: A Portrait of 21st-century Delhi' by Rana Dasgupta:

"...Capital is constructed around a series of mesmerising interviews, largely with members of Delhi’s ‘entrepreneurial’ class. Their identities mostly disguised, they speak with astounding and in some cases incriminating frankness about how they have achieved wealth, power and status through bribery, political corruption, land-grabs, money laundering and beating up anyone who gets in their way. What Dasgupta calls ‘the flourishing bourgeoisie’ tends to flourish at the expense of the poor, hundreds of thousands of whose homes have been torn down to make way for glossy new apartment complexes and shopping malls. Like most Indian cities, Delhi has been subject to large influxes of refugees during its history, but according to Dasgupta the ‘enormous transfer of wealth and resources from the city’s poorest to its richest citizens’ that has taken place since 2000 has ‘turned many of the former into refugees in their own city’.

How did this transfer happen? The final entry under ‘Nehru, Jawaharal’ in the index of Ramachandra Guha’s magisterial India After Gandhi (2007) reads bleakly: ‘Work undone by daughter Indira.’ Dasgupta concurs, noting that it was during Mrs Gandhi’s long premiership that widespread collusion between thrusting businessmen and corrupt politicians became more or less accepted. He further suggests that the communal violence which followed Mrs Gandhi’s assassination in 1984, during which politicians and police not merely stood by but actually encouraged and facilitated the massacre of thousands of Sikhs, ‘sent a definitive message that law was a degenerate part of Indian social life and one’s only moral duty was to oneself’..."

Loksatta (लोकसत्ता ) has printed an abridged version of Mr. Talwalkar's speech here and written a leader on it here.

After reading the speech, I have nothing much to add to what I have already said.

There is a lot of nostalgia there and I have no problem with that. Nostalgia works like a tonic for most Marathi people of certain age. 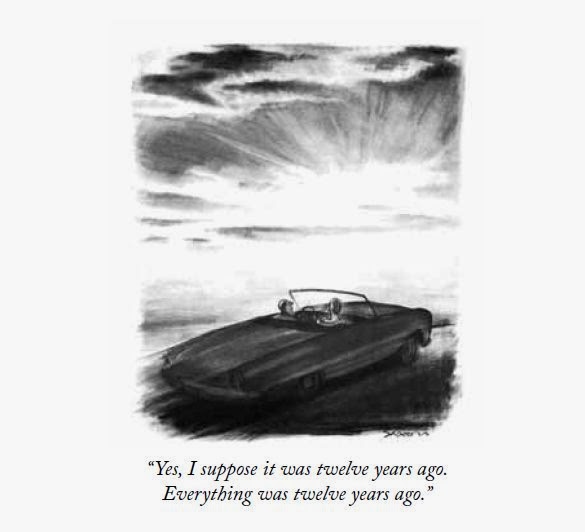 Also there is a lament about the erosion of institutions in India- and who can deny that?-  but then we must remember what Friedrich Nietzsche says: "Liberal institutions cease to be liberal as soon as they are attained: later on, there are no worse and no more thorough injurers of freedom than liberal institutions."

As the quotes at the top of this post illustrate, there is more to it than Nietzschean 'nihilism'.

As time went by, I am not sure how many of modern India's founders, M/s. J. L. Nehru and Yashvantrao Chavan (यशवंतराव चव्हाण) included,  remained as committed to the institutions as we thought they were in 1947.

Let me now turn to Loksatta leader on the speech.

It praises the late Y B Chavan in the following words:

It says Mr. Chavan laid the foundation of Maharashtra's institutional life and illustrates the point with the names of three institutions he started: MIDC, Sahitya Sanskruti Mandal and Marathi Vishvakosh.

I have never been sure about the quality of work these institutions have done either in the past or the work they do today.

The passage above,  in short,  praises the profession of journalism, when Mr. Talwalkar was active in it, using words like 'discreet detachment' (विवेकी अलिप्तता).

I am not sure if most journalists, then,  really had the kind of quality the passage implies.  (Thanks to my college-teacher father's familiarity with the media industry, I know how compromised many of them were but I can't name them.)

One needs to only recall the behaviour of 'respected newspapers' and their editors during  'The Emergency (India)'. In Mr. L K Advani's words: They were asked to bend but they crawled.

Loksatta passage also claims that the objective of journalists has now become getting a seat in  the Rajya Sabha by getting close to the powers that be. (I wonder why it doesn't include another objective: getting a Padma Shri award.)


I once again am not sure if the journalists during Mr. Talwalkar's time did not seek such goodies.

P S Appu, Economic and Political weekly, December 10 2011:
"... Though Indira Gandhi started as a weak prime minister, in a short period of three years she trumped the Syndicate and emerged as the supreme leader. Then she proceeded to snuff out inner-party democracy in the Congress, do away with periodic elections to party forums, identify and destroy regional leaders with popular support, undermine the great institutions of our federal-democratic polity and concentrate all power in her hands...
...All that changed under Indira Gandhi’s rule. Chief ministers like V P Naik and H N Bahuguna, who had solid political bases in their states, were eased out at some time or the other and lightweights loyal to the prime minister were inducted as chief ministers. They were obliged to keep in good humour all the supporting cliques and sycophants who had access to the supreme leader. All those developments adversely affected the quality of the administration and opened the floodgates of corruption..."

The wreck of India's institutions started very much on Mr. Talwalkar's watch. I wonder what he and Loksatta are nostalgic about ! Mrs. Indira Gandhi's charisma ?  Reminds me of Mark Twain.

"I used to remember my brother Henry walking into a fire outdoors when he was a week old. It was remarkable in me to remember a thing like that and it was still more remarkable that I should cling to the delusion for thirty years that I did remember it -- for of course it never happened; he would not have been able to walk at that age. . . . For many years I remembered helping my grandfather drinking his whiskey when I was six weeks old but I do not tell about that any more now; I am grown old and my memory is not as active as it used to be. When I was younger I could remember anything, whether it had happened or not; but my faculties are decaying now and soon I shall be so I cannot remember any but the things that never happened."