P B Shelley:
"Oh, world, farewell!
Listen to the passing bell.
It tells that thou and I must part
With a light and heavy heart."

Thomas Babington Macaulay:
"...There are not ten people in the world whose deaths would spoil my dinner, but there are one or two whose deaths would break my heart. The more I see of the world, and the more numerous my acquaintance becomes, the narrower and more exclusive my affection grows,..."

For me, the late  Dhond was one of those 'Macaulay's ten people'. Or was he the 'one or two'?

( Dhond appears in multiple entries on this blog. You may find all of them on the FB page I maintain on him. Find the page here.)

Although we spoke on phone and corresponded by letters, I never met him in person and therefore I am free to imagine him the way I may.

He was NOT agnostic but atheist, just like Shelley quoted at the top. So after  his death, I wondered where he was gone.

Here are the two postcards among a few more letters he sent me. Note the moving line in the letter dated December 15 2001:

After reading this line, I read a line in Shelley's poem, quoted above, as "Listen to the passing hell." 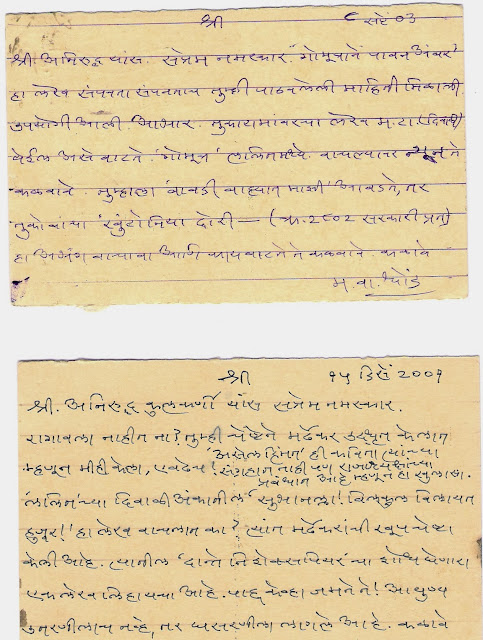