As oft-mentioned earlier, I lived on gorgeous tea estates of Assam continuously for a year and then, on and off, for another.

I remember our first winter there. One evening I excitedly asked my wife why I was smelling summer flowers of Maharashtra at this time of the year in Assam. She couldn't guess. I was told later that tea plant smelled like them occasionally.

I have also stayed in, equally gorgeous, Nilgiri tea estates in the South for a while.


But to my eternal regret, I never plucked any tea. 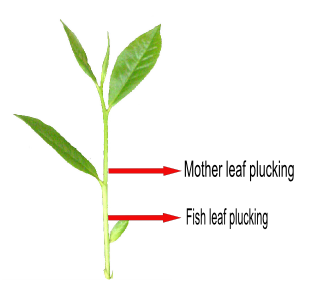 I now feel bad after reading the following by Giji K. Raman in The Hindu, September 1 2013:

"...In the past centuries, they (British) came as planters, denuding hills to plant tea. Now they come as pickers of tea, not as labourers but as tourists. So do not be astonished if you see foreigners picking tea on estates in Munnar. It is a slow change happening in the tourism sector here.


On an estate at Thalayar, tourists who come to savour the beauty of the landscape are given a chance to pick tea. That most of the tourists who grab this opportunity are from the U.K. is not lost on the local populace. It was the East India Company which started planting tea in the mountains in Idukki.
British-made historical monuments, such as hanging bridges, bungalows, remains of ropeways and a railway system in Munnar, all related to the plantation sector, remain in the district. On the Thalayar estate, tourists can pick tea leaves in the morning and visit the factory in the evening. Again, an official says, it is the British who prefer the package..."

Mardhekar's poem above says while pulling groundnuts from the ground, breasts of the lady shake (भरे भुइमूग-दाणा, उपटतां स्तन हाले;)

I wonder what happens while plucking tea.