“Why, sir,” the student wonders, “does Achilles drag the body of Hector around the walls of Troy? . . . Well, you see, sir, the ‘Iliad’ is full of circles — shields, chariot wheels and other round figures. And you know what Plato said about circles. The Greeks were all made for geometry.”

“Bless your crew-cut head,” the professor replies, “for such a beautiful thought. . . . Your approach is both deep and serious. Still, I always believed that Achilles did it because he was so angry.”

Critics should cleave to the human element, and not just laminate the text with additional obscurities. The essential didactic task, Bellow implies, is to instill the readerly habits of enthusiasm, gratitude and awe..."

(Review of  'THERE IS SIMPLY TOO MUCH TO THINK ABOUT', Collected Nonfiction By Saul Bellow) 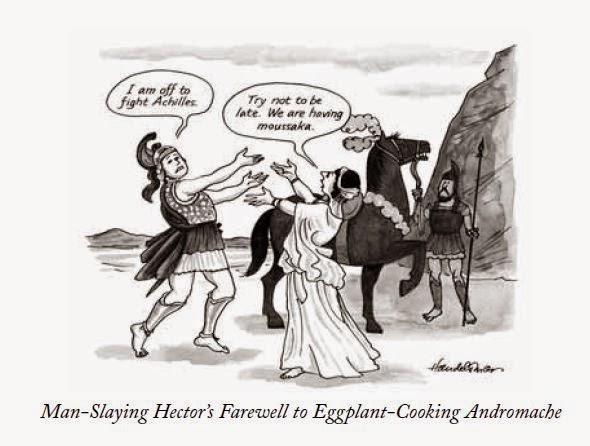