Makers of Today's India- My 19

History is thought of largely in nationalist terms, and such things as the Inquisition, the tortures of the Star Chamber, the exploits of the English buccaneers (Sir Francis Drake, for instance, who was given to sinking Spanish prisoners alive), the Reign of Terror, the heroes of the Mutiny blowing hundreds of Indians from the guns, or Cromwell's soldiers slashing Irishwomen's faces with razors, become morally neutral or even meritorious when it is felt that they were done in the 'right' cause.

Instead of recognizing the importance of apocalyptic thinking, Mr. Landes argues, we prefer to posit a common-sense world in which grand flights of imagination are construed as outbursts of misguided enthusiasm. Most historians, he says, make the same mistake. They view apocalyptic prophecy as a kind of falsified madness that leaves little of importance behind.

In fact, Mr. Landes says, the whole texture of our lives is deeply affected by our response to both past apocalyptic beliefs and current millennial aspirations. Nor is apocalyptic frenzy limited to the religious sphere. It also underlies the secular world of seemingly common-sense understanding. (WSJ, July 28 2011)

It profiles nineteen Indians whose ideas, according to the author, had a defining impact on the formation and evolution of our Republic.

Here are my nineteen who were borne 1800 CE or later and whose ideas and actions, ahead of others, have a defining impact on the state of Indian union today:

(Names are not in any order. And I defy anyone who says history is progress.)

And remember, like Mr. Gridley in the picture below that is now 78-year old but remains brilliant, whether best-selling historians or ordinary bloggers, they put too much of themselves into 'it'! 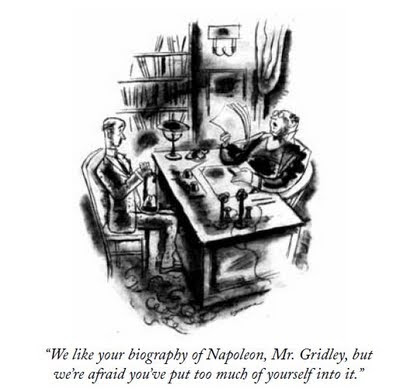