When we lived in Assam, what we missed most was green coriander (कोथिंबीर).

When I see any Indian food item sans coriander, I always think it could taste great but is incomplete without coriander.

When I smell fresh green coriander, I smell life.

The other day I heard on TV channel TLC that it was Alexander the great who brought coriander to India.

We all have a lot to thank for: Coriander, Dnyaneshwar, Chilli, Potatao... 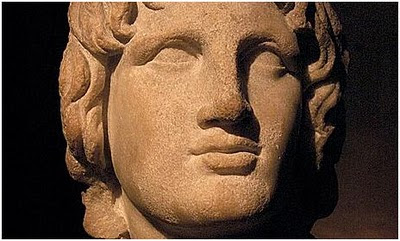 Persian bust of Alexander the Great.