Yes, Yes, Yes, We Will Follow You. In One-Lac-Rupees Car.

Flavour of the decade in India is sub-one-lac-rupees car. Tata’s will make them and so will Bajaj's.

They dream: People who are walking and cycling will buy a scooter/ motor-cycle. Those who are driving two wheelers will buy sub-one-lac.

“India is in serious danger — no, not from Pakistan or internal strife. India is in danger from an Indian-made vehicle: a $2,500 passenger car, the world’s cheapest…

Blessedly, many more people now have the incomes to live an American lifestyle, and the Indian and Chinese low-cost manufacturing platforms can deliver them that lifestyle at lower and lower costs. But the energy and environmental implications could be enormous, for India and the world…

If India just innovates in cheap cars alone, its future will be gridlocked and polluted. But an India that makes itself the leader in both cheap cars and clean mass mobility is an India that will be healthier and wealthier. It will also be an India that gives us cheap answers to big problems — rather than cheap copies of our worst habits. “

“…The breathtaking originality and sophistication of these (Indian) thinkers and activists long convinced me that the country in which they flourished has something more profound to offer to the world than its ability to imitate the consumer societies of the West.”

Led by IT, the booming Indian economy has given young Indians the kind of money their parents made only when they won the lottery. (In 1970’s, long cherished dream of my father, a college teacher-one of the best paying job in India then, was to win Maharashtra State’s lottery that offered the highest prize of 2.5 lac rupees and retire!).

Money has brought self-righteousness- “Since I am making lots of money, what I am doing is right and moral. I don’t need any additional soft-skills. I will not mend my ways.”

Like Americans, we associate wealth with personal merit or poverty with personal failure. We don’t want to be a loser. There is no incertitude, no dilemmas. Destination is known. Road is well traveled. In a sub or super one-lac-rupees car! 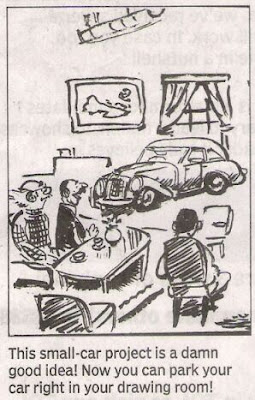