"Garbage has been piling up around the city for some time now and the situation has only aggravated during the ongoing Ganesh festival..."

There are many ugly aspects of urban Pune.

The ugliest of course is overflowing and stinking large garbage heaps located on the main streets of Pune suburbs.

The second most ugliest is: banners erected to observe birthdays of local leaders.

Birthday celebration still remains an alien concept to me. In my childhood, birthday was such a personal and quiet affair. Only Lord Rama's, Lord Krishna's and King Shivaji's birth anniversaries were celebrated with festivity.

I wonder who the first Indian leader- other than former princely rulers- or celebrity was to celebrate his/her birthday under public glare. Didn't they feel shy? 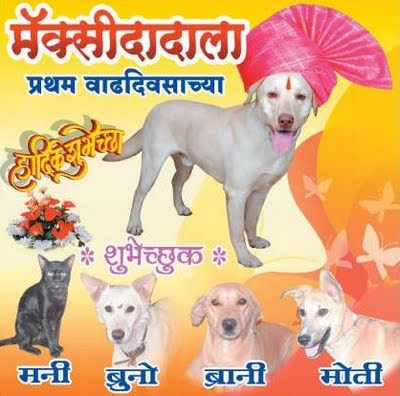