अरुण कोलटकर...Leaving Jejuri Behind Without a Coconut in Your Hand

This year, 2014, is 10th Death Anniversary year of poet Arun Kolatkar (अरुण कोलटकर). We lost him on September 25 2004. He died about a km away from where I then lived.

"...One thing that need not worry anyone, though, is the prospect of an inflation target of 4 per cent. It will not happen. That is particularly true in the place where the world economy most needs more inflation: in the eurozone. The German folk memory of hyperinflation in 1923 is just too strong. That economic catastrophe, which helped lay the foundations for Nazism and ruin much of the 20th century, continues to resonate today..."

Tomorrow August 25 2014 is Somvati Amavasya (सोमवती अमावस्या), Shravan's (श्रावण) last day. It's the day that will be celebrated big, with a fair, at Jejuri, a seat of deity Khandoba (खंडोबा). This year among hundreds of thousands of believers, there is a faithless.

It's because both the things have become expensive. According to the report, they used to be sold together around Rs. 60 a kilo and  now cost Rs. 240-280 a kilo.

Khandoba/ Jejuri always remind me of Kolatkar's poetry. Being a man with great sense of humour and a gifted poet, I wonder how he would have incorporated this development in his poetry.

After reading the news item, I went through his book to find out if he has referred to coconut and turmeric in the book.

I couldn't find turmeric but there is yellow on the cover and in the poem called 'The Butterfly' and coconut appears in 'Between Jejuri and the Railway Station':

'You've left the town behind, with a coconut in your hand..."

Have you, this time? 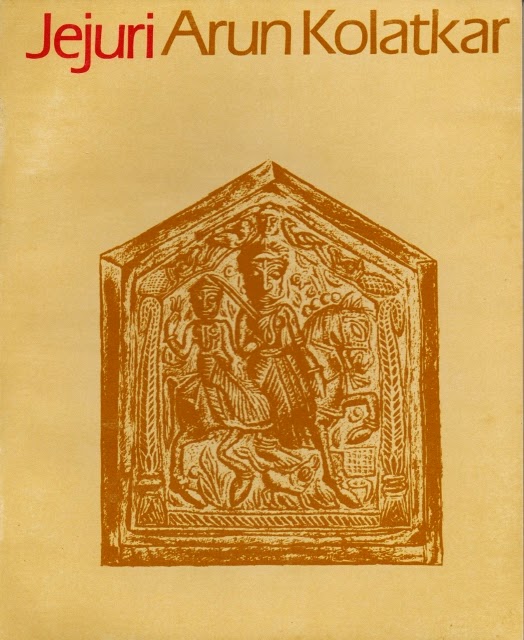