In the Battle of Romance, Marathi Lost it to Hindi

Suhas Palshikar: "...MNS or no MNS, preferential treatment to locals is always an easy and attractive policy proposal. What is wrong with it? It is wrong simply because it creates an untenable category of “local”. In administrative parlance it becomes “domicile” – meaning resident for 15 years. This strategy practically abandons diversity. Apart from raising issues of definition of the local, such a policy encourages inbreeding and denies its beneficiaries he advantage of greater exposure and competition. It produces ghettoisation at schools, colleges and at workplaces – resulting in non-diverse social universes –hostels, localities and cities...." (Economic & Political Weekly, Feb 13, 2010)

Does this ghettoisation also affect the culture? I argue it does.

"The Music Instinct: How Music Works and Why We Can't Do without it" by Philip Ball has been reviewed by a number of publications in recent days.

Guy Dammann says: "...We do not love music because it exercises our brains or makes us more attractive to members of the opposite sex, but because we have lived with it since we came into being: it is entwined in our common and individual consciousness to the extent that, simply put, we would not be ourselves without it. In contemplating the mysteries of music we are also thereby contemplating the mystery of ourselves..." (The Observer, 21 February 2010)

A majority of good music for most Marathi speakers has been Hindi film music. Hindi may or may not be India's 'national language' but for me it surely is a language of soulful music. In happiness and in sadness.

I have rarely NOT cried at the end of watching 'Na To Karvan Ki Talaash Hai'- a great paean of love- from 'Barsaat Ki Raat'(1960).

G A got this horribly wrong. Madgulkar was a very good lyricist. But Shailendra, if any, was slightly better.

(GA was wrong on many other counts such as Marathi poet-saints, Mahatma Gandhi, popular Hindi cinema...

He keeps mentioning Ingrid Bergman...Who doesn't like Ms. Bergman? But how did he miss my goddesses with forever looks: Nutan, Madhubala, Geeta Bali? Were they any less?)

I don't recall a single great romantic movie in Marathi.

Let us face it: In the battle of romance, since 1950's, Marathi theatre and cinema lost it to Hindi cinema. 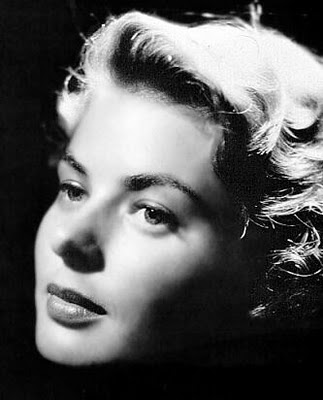 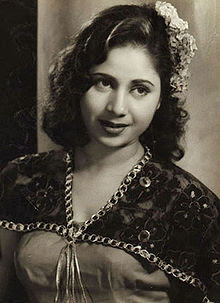 
I don't think there is as much great music associated with Ms. Bergman as Ms. Bali!
Posted by Aniruddha G. Kulkarni at 9:00 AM 2 comments: Links to this post