Stephen Marche, 'Consumer Products', Lapham's Quarterly, Sept. 2018:
“... Within the maelstrom of image, however, certain celebrity types return to the public consciousness again and again. Gwyneth Paltrow is not just Gwyneth. Without Greta Garbo, there is no Grace Kelly; without Grace Kelly, there is no Gwyneth. The power of this particular trope—the blond princess—is huge; Great Garbo was the most charismatic actress in history. Avenue Princess Grace in Monaco is the most expensive stretch of real estate in the world, over twice the per-square-foot value of an average Fifth Avenue apartment. Each manifestation of the Gwyneth/Grace/Garbo figure wears the skin of the previous manifestation. For women, along with the blond princess, we have the blond whore (Mae West, Tallulah Bankhead, Marilyn Monroe, Madonna), the exotic (Sophia Loren, Penélope Cruz), the independent (Katherine Hepburn, Barbara StreiÂ­sand, Ellen Burstyn)...”

Sophia Loren, ‘Yesterday, Today, Tomorrow My Life’, 2014 (?):
“...Death is as ugly as it is normal. There’s something profoundly unnatural about having to let go of someone you love so much. You turn this way and that trying to find support, knowing full well that there isn’t any. And you feel completely alone, abandoned even by words.
Then again, is there really anything left to be said when, after fifty-six years of life together, the end comes? Every morning when I wake up I struggle to believe Carlo is no longer here. I search for him in every corner of our house. I find him in our children’s voices, which are identical to his, in the expressions of our grandchildren, who have meanwhile arrived to brighten my days. They complete my maternal feelings, in a way I would never have expected...”

Carlo Ponti:
“...Sophia and Lollobrigida began their careers miming the main parts in opera films. This was a career start that had, as I saw it, no real future, and we dropped it almost as soon as it began: singers never succeed as actresses. I have to say that actresses who have control over their career just don’t exist. It is possible that talented male stars might manage to establish an independent career for themselves. But in the whole history of cinema there is not one actress, and I mean not a single one, from Garbo to Dietrich, whose career has taken off without the help of a man....”

Pauline Small, ‘Sophia Lauren: Moulding the Star’, 2009:
“...Cinema is an art form, but it is also an industry, and the star is an employee, certainly the most prominent, of those actively working in the industry. The meanings that build around a star image are rooted in the industrial processes that govern that industry, which in turn are a manifestation of the place cinema holds in a given culture. What is so interesting about Sophia Loren is the way her persona drew on and fused aspects of two separate but inter-related industries, of two separate but inter-related cultures, in Italy and in Hollywood, into a most spectacularly successful career...” 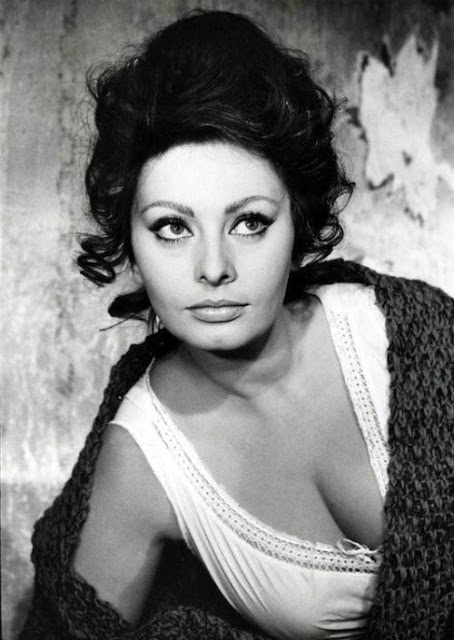