Pune Kids: Are You Still With the Same Parents?

If the rising rate of divorce is anything to go by, Pune could soon be competing on this front with other industrialised cities around the globe. Every day, young, well-educated and well-earning men and women, refusing to see a permanent future with each other, are resorting to the law...

...A host of social, psychological, economic and cultural reasons are cited by couples while applying for a divorce. Lack of compatibility, interfering in-laws, cruelty, domestic violence and irregular communication were the causes of the split. The most typical reason for couples in the age bracket of 25 to 35 was lack of proper communication between them..."

In close proximity to my family, I have seen few divorces and few are in the pipeline. 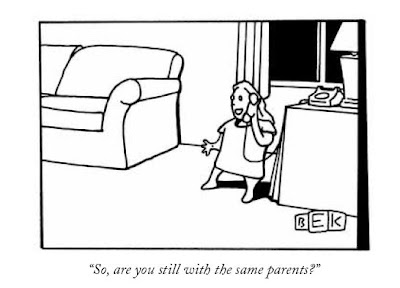